Sunny Leone Behind the Camera for Two Spectacular Lines 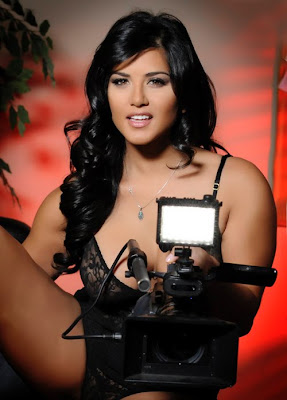 Sunny Leone Behind the Camera for Two Spectacular Lines

( LOS ANGELES, CA ) - Sunny Leone is already one of the world’s hottest adult stars. She has built herself a hugely successful career as one of the most sought of after models in the industry. Her leap from still shoots to video has made her a household name and a global sex symbol. Last year, Sunny’s massive success as on-camera talent helped launch her own company, SunLust Pictures. Now she is ready to take the next huge step in her career. Sunny Leone is going behind the camera to direct her own movies!

These two lines represent an electrifying new direction for SunLust Pictures and for Sunny’s career.

“I am excited about these new lines,” Sunny states. “I have wanted to direct for a long time, but wanted to wait until I could put my own stamp on it. Everyone knows that I love women so 'Pussy Eating Club' is right up my alley. We have found some super hot women and men who share my love for going down. I get to pick the women I want to work with and they have to do whatever I say. It’s good to be the director!”

The two new lines represent a change of direction for both Sunny and for SunLust Pictures. They continue the tradition of outstanding quality, high glamour and sexually stimulating projects while branching off into new and exciting territories.

“These projects are perfect for Sunny,” says SunLust Pictures’ CEO Daniel Weber. “They will take her career and our company in a bold new direction while continuing to give our fans exactly what they have come to expect from SunLust Pictures. Sunny will still be in front of the camera doing what she loves best, but will also be directing the action which is perfect since she knows sex like no one else.”

In addition to this exciting new step in her career, Sunny is riding a tremendous wave of success. Her most recent SunLust release “Sunny’s Slumber Party” debuted at #9 on the AVN Sales chart and has been a top renter for two months. It recently received two AVN Award nominations, to go along with one for SunLust Pictures as "Best New Studio." In all Sunny received 5 award nominations for 2009 with even bigger things expected for 2010.