2010 AVN / XBIZ Performer Of The Year Nominee Kristina Rose Stars In Diggin' In The Gapes Vol. 4 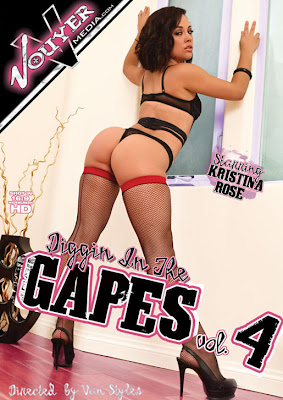 KRISTINA ROSE
Takes The Back Door To Victory For
VAN STYLES In
DIGGIN' IN THE GAPES VOL. 4


Los Angeles, Calif. - (DECEMBER 23, 2009 ROADS TO MOSCOW) - To put it mildly, the 2010 AVN award nominated DIGGIN’ IN THE GAPES series is back…with a vengeance. And just as DJs the world over dig through their record crates in search of the best new sounds, 2010 AVN / XBIZ award nominated director VAN STYLES is once again diggin' in the gapes in his quest to capture the filthiest ass play around in this hot new release from VOUYER MEDIA that arrives in stores today. This movie beats in bootylicious breakdowns right from the jump, as the filmmaker turns his attention to 2010 AVN / XBIZ PERFORMER OF THE YEAR nominee KRISTINA ROSE in the very first scene.

As her many accolades suggest, this petite Latina is just about the hottest thing going in adult entertainment right now, and it’s easy to see why. Her flawless olive skin and pert tits compliment a truly to-die-for ass – and seeing those luscious cheeks spread wide for the camera is just one of this movie’s many pleasures.

Sparkling 16x9 HD videography, a stunning O-card cover featuring Kristina, and plenty of "A" earn this show an A+ in every department. Simply put, it’s the most intense entry yet in this acclaimed franchise. DIGGIN' IN THE GAPES VOL. 4 arrives in stores across the country today.