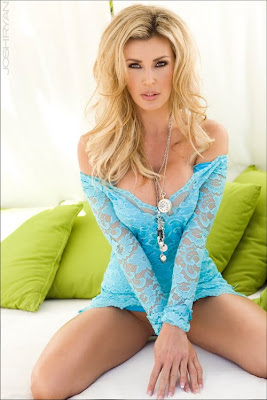 “(Tanya) can take hold of a scene without the audience ever wavering.”
--Apache Warrior of Xcritic.com (on Mummy Mia - Television X)

“I haven’t seen her in anything yet that I haven’t liked.”
--MstrHole of AdultDVDTalk.com (on Road Queen 18 - Girlfriend Films)

“...this girl is a great performer who I will now be seeking out more of her work.”
--PhoenixJo of AdultDVDTalk.com (on Rocco’s Back - Evil Angel)

So it’s of no surprise that Tate has been nominated as a UKAP Best Female Performer.

“It’s an honor to be nominated for an award in my home country of England,” said Tanya. “To be seen as one amongst the Best Female Performers in the UK is very thrilling.”

As this award is fan voted, Tanya has relaunched her www.VoteTanya.com site. On VoteTanya.com instructions are given on how to register for the UKAP site and Vote for Tate.

UKAP has also recognized yet another Tanya starring project. Diamond Geezers from Television X is nominated for Best British DVD. Diamond Geezers features Tanya delivering her trademark performance of intensity in a sex scene that has to be seen!

The winners of the UKAP Awards will be announced on November 26th in London.

Tanya Tate took home a Nightmoves Award from Tampa, now the blond bombshell is looking for a win in her home country! Visit www.VoteTanya.com and make your choice for Tate! 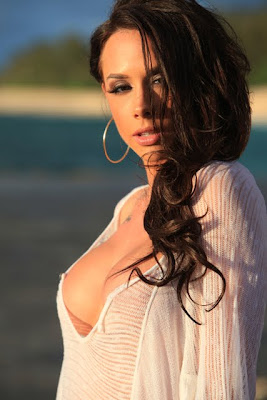 MARINA DEL REY, Calif. --- Beautiful adult performer Chanel Preston was selected by retail website AdultDVDEmpire.com as its first guest blogger ever. Hot on the heels of her Best New Starlet award from NightMoves magazine, Chanel is sharing her experiences and industry insight with the numerous daily visitors to the six-time AVN award winner for Best Retail Site. In addition, Chanel will provide commentary on all her movies available on the site, such as Wicked Pictures’ “Speed” and X-Play’s “Not MASH XXX”. Director of Marketing for Adult DVD Empire, Courtney Arthur comments, “We are completely smitten with Chanel Preston in general, and really couldn’t be more excited to have her as a contributor to our blog! Our customers are already excited with what Chanel has put out on DVD so far, and once they get more acquainted with her through her posts, we expect her popularity to grow even more on AdultDVDEmpire.com.”

AdultDVDEmpire.com’s Editor writes, “We are beside ourselves that someone so hot would want to blog along with the rest of us average looking people - but we are pumped to announce our first ever guest blogger – hottie Chanel Preston!”

“Blogging for AdultDVDEmpire.com puts me in direct contact with thousands of people who purchase my movies,” says Chanel Preston. “It’s an incredible privilege to be the first guest blogger for the huge e-tail site. I’m looking forward to the opportunity to share my life with the AdultDVDEmpire.com visitors, as well as give some behind-the-scenes insight on my featured movies.”

Chanel’s blog for AdultDVDEmpire.com is indicative of the phenomenal first year she is experiencing in the adult industry. Her sudden rise to stardom includes filming for the most popular adult studios in the world, plus her recent cover shoot for France’s Hot Video magazine and upcoming covers for Genesis, High Society and Cheri. Her beauty, professionalism and pure sexuality are known throughout the industry, making Chanel one of the most demanded performers. In turn, Chanel utilizes studios’ popularity to expand her own visibility and brand, while maintaining control of her website and photo content.

“A near flawless figure,” writes XCritic.com reviewer Don Houston regarding Chanel Preston’s role in “Fashion Fucks”. “What set [Chanel] apart from some of the other ladies here, all of them far more experienced in terms of making movies at this writing, was her sex-positive attitude that jumped through the camera…A ‘must have’ thanks in part to the performances by gals like Chanel.” Don writes Chanel is “clearly a sexual highlight” in his review of “Not MASH XXX”. In his review of “4 Some”, XCritic.com’s Sean DPS also calls Chanel a “highlight”. He adds, “Chanel has incredible legs that go on forever, and I think we can all agree that we would love to have them wrapped around us.” Apache Warrior adds in a review of “Bikini Land”, “With the addition of the highly heralded newcomer Chanel Preston, this movie should become a bestseller…Chanel is off to a very promising start and with her upcoming work in the much more anticipated titles, her star should only get brighter and brighter.”

To pre-order “Nylons 8” with Chanel Preston on the cover, visit http://www.adultdvdempire.com/1552439/nylons-8-porn-movies.html

About AdultDVDEmpire.com:
Since 1997, Adult DVD Empire has been the place to shop online for adult DVDs. Six-time winner of the AVN Award for Best Retail Website (2004, 2005, 2006, 2007, 2008 & 2010) and AVN Online’s award for the Best Online Retail Site (1999), Adult DVD Empire features over 83,000 Adult DVDs and Blu-ray Discs. It also offers a wide selection of Video on Demand (VOD) and sex toys as well as Adult DVD Rental and Used DVD buyback and sales. With over 31 million screenshots, 12,000 in-house reviews, thousands of customer comments and scene-by-scene breakdowns of selected titles, its customers can learn everything they need to know about a title before they place their order. An easy to navigate website, outstanding customer service, massive selection, great prices and FREE SHIPPING have established Adult DVD Empire as the most respected and the largest online retailer of adult DVDs in the world. Visit the Empire at www.adultdvdempire.com.

About Chanel Preston:
Delicate beauty—the symbolic meaning of Hawaii’s hibiscus—is apropos when describing tanned goddess Chanel Preston. Chanel’s long, slender legs and large, full breasts attract lustful stares and obsession about the sweetness of her own flower. However, the similarities between Chanel and the delicate hibiscus stop there. Before wading through the waves on the beaches of Hawaii, the 24-year-old Chanel absorbed the strength and independence derived from a childhood in central Alaska. As a result, the exotic looking stunner has an impulsive, adventuresome personality befitting of a Sagittarius, which makes her a natural performer, eager to amaze. For more information, visit www.ChanelPreston.com, www.Myspace.com/505061222, or www.Twitter.com/ChanelPreston.