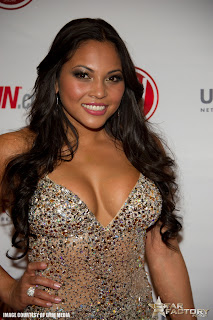 Adrianna's first month with Star Factory PR has been a phenomenal success.


"It has all been very exciting,"Adrianna said. "Initially it was a bit overwhelming but I think I have found my groove. I was aware of fan support because of social media, but to also find reviewers and reporters interested in me and my work is very thrilling."

Represented by Metro Talent Management; Adrianna has been featured in many high-profile adult videos that have showcased how hardcore this stunning sex pot can be. With an impressive filmography that is consistently growing, interest in Adrianna continues to skyrocket.


"The response to Adrianna has been incredible," said Alexander Raymond of Star Factory PR. "Even I was taken aback a little. Right when we first announced that we would be handling her publicity, immediately I had people wanting to talk to her. She has the unique qualities that have the potential to make someone a superstar. It has become overtly apparent that I'm not the only one that sees that."

Adrianna's appeal has not been limited to adult entertainment media as images of Adrianna have appeared on such sites as the New York Daily News, Rock Confidential, Exposay and PRphotos. Forthcoming Interviews with Adrianna will be found on Xcritic.com, Raincoatreviews.com, GTXXXtreme.com, RogReviews.com, Smutlife.com as well as several others. Currently live Adrianna interviews are found via the following URLs: 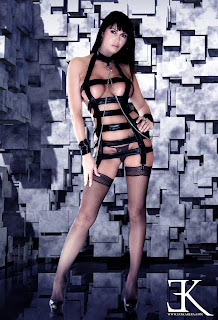 The ultra-sexy starlet is showcased with an exclusive in-depth interview.

Eve Laurence Is Back! 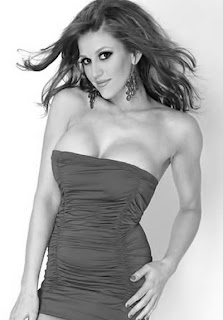 Beautiful, award-nominated adult starlet Eve Laurence has made a triumphant return to adult entertainment after a five year hiatus and is hotter than ever! Always a fan favorite, Eve has her eyes set on a number of big adult projects and is making the crossover into music as well. To help her attain her goals, Eve as retained the PR services of Pipeline Multimedia.

"I have been away for a while, leading a normal life and pursing my education. I have missed the industry; especially performing on camera and am thrilled to be back," says Eve. "I am excited to be doing what I love."

Outside of adult, Eve is actively pursuing her life-long passion for music and has some incredible collaborations in the works.

To help her along these diverse paths, Eve has enlisted the help of Pipeline Multimedia whose extensive work in both adult and mainstream are a perfect fit for her goals.

"I am really excited to be working with Pipeline Multimedia," says the beautiful starlet. "They have the experience I was looking for and understand how to help me reach fans in ways that weren't even possible just a few years ago. I know they will help me fulfill my vision of what the next phase of my career should be."

"Our commitment to excellence is reflected in the clients we attach our reputation to,” says Pipeline Multimedia President Tiki Pavalle. “It was clear to me immediately that Eve has vast potential. She is smart, beautiful and has outlined just where she wants to take her career. It will be a pleasure to see her attain and enjoy success."

Back and better than ever, Eve Laurence is ready to take the adult world by storm.

Check out AVN.com review of Hustlaz web site by Hustler all black and all hard core.
Real the review.