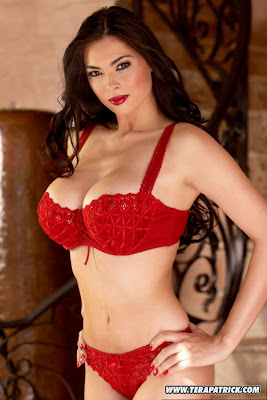 
( LOS ANGELES, CA ) – The holidays are a busy time of year for everyone. The world’s most popular adult entertainer Tera Patrick is no exception. With the release of her book "Sinner Takes All" just around the corner, Tera is kicking off the holiday season with a spectacular three-night dance tour in Southern California.

Spearmint Rhino is hosting Tera for a trio of tantalizing shows to delight fans in the southland. She will begin in Rialto on Thursday December 3rd for a special show to kick off the weekend early. She will be taking the stage for one show only at 10:30 PM so get there early and don’t miss it.

From there she will head out to the Spearmint Rhino in City of Industry for a pair of shows on Friday December 3rd and two more at the Downtown L.A. Spearmint Rhino on Saturday December 4th. Show times for both Friday and Saturday’s appearances are 10pm and 1am.

“I love dancing at the Rhino,” says Tera. “I can’t wait to kick off December with shows for my fans in Southern California.”

Tera’s busy schedule will have her dancing in Atlanta later this month and then promoting her book upon it’s release in January 2010.

About Tera Patrick
Already the number one adult entertainer in the world, Tera Patrick has set her sights on unprecedented mainstream crossover success. Her exotic beauty and strong business sense have taken her to the top of the adult entertainment world. As a model she has graced the pages of every adult publication imaginable as well as dozens of mainstreams magazines. She is multi-award winning adult performer, director and owner of her own production company, Teravision. Her mainstream credits include cameos hit feature films (Blades of Glory), appearances in video games (Backyard Wrestling 2, Saints Row) and her own line of instructional fitness videos (Fit for Sex). Tera has just completed her autobiography “Sinner Takes All” and will embark on a nationwide tour to promote the book in early 2010. Having proven herself to be a woman of many talents, Tera Patrick will continue to delight fans in both the adult and mainstream world.