DANA DeARMOND Nominated For AVN Performer of the Year! 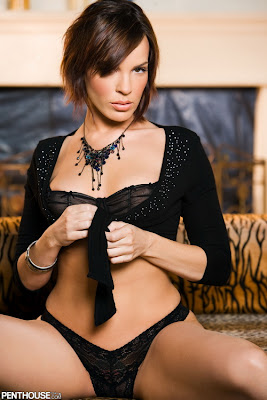 DANA DeARMOND Nominated For AVN Performer of the Year!

(Hollywood, CA) Adult entertainment superstar Dana DeArmond’s (http://www.theinternetsgirlfriend.com/) performances over the last year have earned the stunning beauty an incredible four AVN Award nominations. Hailing from Fort Bragg, North Carolina, DeArmond launched her XXX career in 2005 and immediately caught the attention of fans and reviewers alike with her high energy sex scenes. Since then, the 5’8 DeArmond has continued to push the boundaries of her sexuality and deliver scorching hot sex scenes. As the 2010 AVN Award nominations were announced, it’s no surprise that DeArmond landed in one of the most prestigious categories, Performer of the Year.
“It’s always nice to be recognized amongst your peers for hard work and excellence," said Dana. "I am extremely honored for these nominations I’ve picked up for the 2010 AVNs.”

Dana was also nominated in the Best All-Girl Group Sex Scene, Best Threeway Sex Scene and Most Outrageous Sex Scene categories, testament to the exciting work DeArmond has done. Her movie Bobbi Starr & Dana DeArmond's Insatiable Voyage (Jules Jordan Video) also earned a nomination for Best Gonzo Release. The winners of the awards will be announced this January 9th at the annual award show in Las Vegas taking place at the Palms’ Pearl Palace. For more information on the 2010 AVN Awards show and tickets, visit the official website: http://avnawards.avn.com

A star that is loyal to her fan base, Dana has opened herself up to answering fan’s questions on her popular website www.theinternetsgirlfriend.com. Readers can post questions they may have regarding the industry, her on screen work or virtually anything else. Vlogs answering previous questions have already posted on the site.

Dana DeArmond, nominated for four AVN Awards! The Internet’s Girlfriend is making her mark on the adult industry!