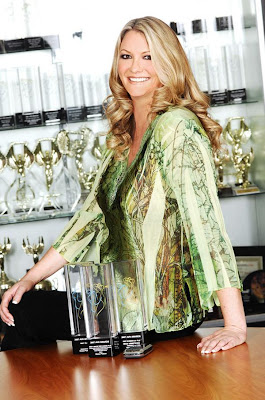 "This is an industry that offers real opportunity to those who have what it takes to do the job. My book offers detailed instructions on how someone can get into this business. But I don't sugar coat anything, I'm honest about the consequences of this lifestyle and the realities of working in the adult entertainment industry"

In addition to the book release on Monday, King plans to release several additional books that will cover other jobs in the adult entertainment industry like production, marketing, -post production and online opportunities.

Webmasters can sign up for an affiliate program being offered to sell the book and capitalize on the unique product. "I'm offering webmasters a great payout to sell the book. Since it doesn't compete with membership based content sites, it's a great way to expand their traditional revenue streams" King added. To sign up, webmasters can go to www.getintoporn.com and click the affiliate link. 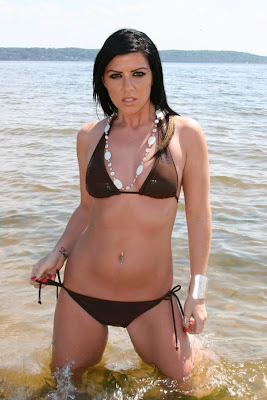 
( SCOTTSDALE, AZ ) Like a beautiful Phoenix rising from the ashes, Taryn Thomas has returned from a 2 year hiatus and is ready to prove that she is hotter than ever. Taryn has returned to the industry and is available now for boy/girl, girl/girl and more.

“I just needed a break,” says Taryn. “I worked non stop for two years and wanted to try other things. I am really proud of the work I did on my education and with my DJing. I still have a lot of projects to work on, but I am back with even more energy than before.”

Taryn will hit the ground running in the weeks to come, with lots of new projects. She will be in Los Angeles shooting for Penthouse and Danni.com at the end of February. At that time she will also be talking to producers and directors about upcoming shoots. She has recently begun blogging for Freeones and can be read at blog.freeones.com/category/personal-pages/taryn-thomas/. This is just a precursor of course to her completely new website www.TotallyTaryn.com which will be up and running this spring. Taryn will clearly be a busy young woman during the first half of 2009.

First on the list though, is stop at Playboy Radio for Night Calls. Taryn will join hostesses Christy Canyon and Nicki Hunter on Thursday March 5th at 5pm (PST) She will discuss her comeback, her new web site and anything else the ladies can throw her way.

Taryn Thomas is back and the future couldn’t look any brighter.

Taryn Thomas was born May 27,1983 in New Jersey. When she was 12 her family moved across the country to Arizona. At age 16 Taryn new she wanted to do something with her life that would shock her family and friends.

Upon her 18th birthday Taryn started working with Lightspeed Media to doing photo shoots for the internet and some softcore pornography.

In late 2004 Taryn decide to go to southern California and work in the adult industry in hardcore pornography. One of Taryn's first scenes came in 12 on 1 #2 by Lethal Hardcore in which Taryn and 11 other girls including Penny Flame, Sandra Romain and Melissa Lauren.

Taryn was in enjoying being in the adult industry. She called her friend Alektra Blue to talk about her new career as an adult actress. Taryn went on to say she thought Alektra would be prefect. Taryn bought a plane ticket for a Alektra to go out to Los Angeles and try it out.

the 2006 AVN Awards Taryn was nominated for Best New Starlet losing out to McKenzie Lee. 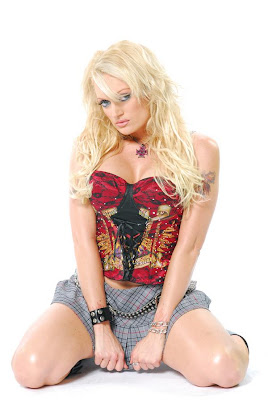 ( LOS ANGELES, CA ) For millions of adult film fans, the name Monica Mayhem is synonymous with beauty, class and intense sexual energy. The multi-talented performer is proud of her adult career and still dazzles fans on film and on the road. Always expanding on her entertainment resume, Monica also lights up the stage with her band Sweet Avenge.

The band already has 8 demo songs available online. They are currently writing and recording more in hopes of having an album completed and available to the public by the end of 2009.

The band is planning a tour for early next year after the release of their album. They played at the Whiskey A Go Go in Hollywood for the FOXE Awards.

Monica writes the band’s music with guitarist Cordell Crockett from Ugly Kid Joe. Their collaboration has thus far been quite prolific.

“I write all the melodies and lyrics, and Cordell writes all the music,” Monica states. “We have great writing chemistry. Our schedules make it tough to work, but it's better to take your time and get it right, rather than rushing into an album.”

In addition to her busy music career, Monica continues to be one of the most sought after feature dancers on the circuit.

Fans can catch Monica’s high energy show in Texas this week. She will be in Pasadena, TX for ten blistering shows over three nights at Moments. It is sure to be a hot time in the Lone Star State.

After the Texas gig, Monica is off to Australia for three weeks of dancing and appearances "Down Under." She will be signing at the AdultEX, Australia’s premier adult expo in Lorne, Victoria March 26-29. From there she will head to Melbourne for a three night engagement at the Spearmint Rhino April 2-4th.

With barely time to catch her breath, Monica will be back in the States April 16th for gigs in Albuquerque, New Mexico and Green Bay, Wisconsin.

"I need to keep busy," says Monica. "When I'm not on the road, I am shooting movies and content for my web site, www.MonicaMayhem.com, writing music for Sweet Avenge, doing my show "Smell My Finger" on www.RudeTV.com and editing my biography which is set to be released by Random House in Australia later this year."

Come out and catch one of the busiest stars in the adult world.

About Multi-talented Monica Mayhem has been entertaining audiences for nearly a decade. The Australian-born beauty has graced the covers of many men’s magazines and proven to be one of the industry’s top draws. She has appeared in numerous mainstream films as well her impressive list of adult movies. As an actress, model, dancer, adult film star, talk show host, musician, songwriter, vocalist, writer director and producer she has worn many hats during her career and worn them well. Since entering the adult industry in 2000, Monica has starred in hundreds of adult movies and performs her famous stage show all around the globe. She has recently revamped her popular website www.MonicaMayhem.com. With her signature toy line “The Saucy Aussie Collection” and her upcoming biography, Monica Mayhem has all of the bases covered. 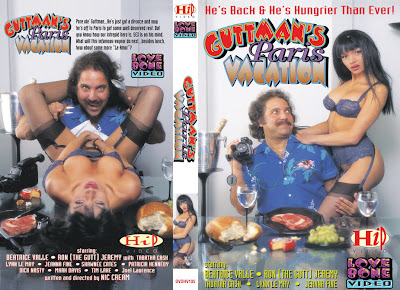 Synopsis: Guttman (Jeremy) has just been granted a divorce, and now he's off to France to get some well deserved rest. But as always, fucking is on his mind. What will this infamous voyeur do next? How about some more "L'amor" to satisfy his lothario loins? This smokin’ hot, timeless DVD let’s you travel abroad with a bunch of broads – without leaving your home! Starring Beatrice Valle, Lynn Lemay, Jeanna Fine, Tabitha Cash, Shawnee Cates and more, the men in this movie are apt to agree, “C'est vraiment un bon coup” (these gals are all good fucks!).

BEST OF THE BREASTS: IRON CROSS BRINGS YOU GAZONGAS 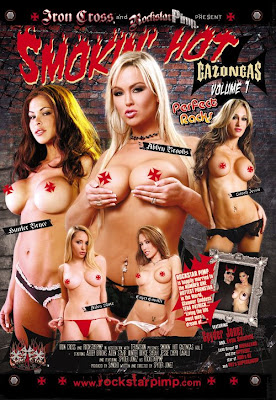 BEST OF THE BREASTS: IRON CROSS BRINGS YOU GAZONGAS

( VAN NUYS, CA ) It is easy to think of two things that men love. Football and beer. Fast cars and big guns. When it comes to things guy like in pairs though, nothing in the world beats a great set of boobs. If anyone knows the joys of a perfect pair of gazongas it is Even Seinfeld. At home Evan has a ringside seat for two of the finest boobs on the planet care of his gorgeous wife Tera Patrick. On the set as Spyder Jonez, he continues to enjoy massive melons in Iron Cross’ latest Rockstar Pimp hit “Gazongas.”

“It wasn’t as easy to cast this movie as you might think,” says Spyder. “I have the most gorgeous woman on the planet at home with breasts to die for. Finding five sets that can hold a candle to Tera’s took a while. Luckily for me, she also encourages me to go out and find the very best in the industry for Rockstarpimp.com so I was able to take my time and come up with the perfect cast.”

Busty blonde Abbey Brooks brings her natural fun bags to the set and have her turn with Spyder. Not all women can be as naturally blessed as Abbey, but that doesn’t keep them from bringing their A game and D cups to the table. Hunter Bryce uses her perfectly enhanced hooters to prove that she is worthy of her time in the spotlight.

Spyder also interviews, admires, rails and creams Aiden Star, Sarah Jessie and Capri Cavalli in this top-heavy volume of RockstarPimp. Spyder shows them what it is like to be with a rockstar and they share their terrific ta-tas with him. All five busty beauties are treated to the infamous Rockstarpimp.com facial popshots.

Yes men love boobs and what could be better than a great pair? How about five sets of jiggling gazongas in one great movie from Spyder Jonez and Iron Cross.