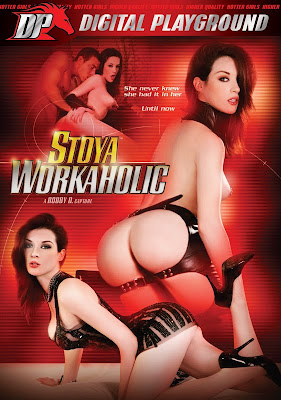 Rocki Roads, Julia Ann, Gina Lynn & Shyla Stylez Show Off Some of the Best Boobs in the Business!

December 9, 2009 --- VAN NUYS, Calif. --- Digital Playground releases “Jack’s Big Tit Show 4” on Blu-ray™ Disc December 10. Highly praised by critics everywhere, this tantalizing volume features some of the hottest boobs the industry has ever seen! Directed by Robby D., “Jack’s Big Tit Show 4” stars Shyla Stylez, Gina Lynn, Rocki Roads, Nikki Benz, Alexis Silver, Julia Ann and Amy Reid. XCritic.com’s reviewer Don Houston raves about “the quality of action, the technical values, the cast of ladies...The plethora of pussy struck me as a grouping of high end scenes thanks to the ‘name’ value alone but in the end, they earned the spot as much as anything the master director did on their behalf. So if you like strokability and replay value, ‘Jack’s Big Tit Show 4’ should be on your short list.”

“Jack’s Big Tit Show 4” is the fourth installment of director Robby D.’s big breast entertainment series. Jack is really busy casting for music videos and now he’s on the hunt for big, beautiful boobies. There’s more than a mouthful, more than a handful - plenty of big boobies bursting out of their bras. We don’t know what band is going to use the footage on MTV but we guarantee all the bands are going to use the footage for something. It’s hot, kinky and you can enjoy it now in full 1080p blue-ray splendor!

Director Robby D. says, “With the great cast and even more amazingly huge titties, ‘Jack’s Big Tit Show 4’ was easy to shoot. I just had to make sure to zoom out so I could get all of the massive jugs in the shot. Girls like Rocki Roads, Julia Ann and Shyla Stylez can get a guy off with just a flash of their nips!”

About Blu-ray™:
Blu-ray, also known as Blu-ray Disc (BD), is the name of a next-generation optical disc format developed by the Blu-ray Disc Association, and is supported by more than 170 of the world’s leading consumer electronics, personal computer and media manufacturers, video game and music companies, and major movie studios. The format was developed to enable recording, rewriting and playback of high-definition video, as well as storing large amounts of data. For more information, visit www.blu-ray.com.

About Digital Playground:
Digital Playground is the world leader in adult filmmaking and interactive formats boasting the largest HD library available. Since the Company’s inception in 1993, Digital Playground has earned over 300 awards, currently garners more than 80% of high definition sales within the adult market, and is a leading provider of Blu-ray™ titles, with over 25% of the market. Female owned and operated, Digital Playground emphasizes quality first, employing fastidiously high production values in erotic film for women, men and couples. Digital Playground’s commitment to excellence, innovative technology, brilliant full-length productions and exclusive Contract Stars are the secrets to its success and makes Digital Playground the most highly demanded supplier of content for hotel, IPTV, cable, pay-per-view and mobile networks worldwide. For more information visit www.digitalplayground.com, www.myspace.com/digitalplayground, or www.twitter.com/dpxxx.