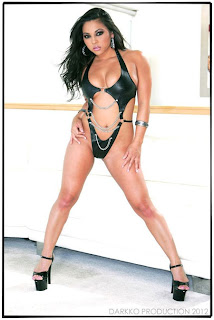 The brunette beauty joins Jessica Bangkok for a hot and steamy night of sex talk.

"I'm excited to be on the show," Adrianna said. "I have a lot to talk about. I've been a very busy girl, making a lot of new naughty movies and anxious to share all the dirty details!"

When she is not making on-air appearances, Adrianna has been keeping her fans updated with her projects. The sex star has taken to the twitter platform to create awareness of her daily life. From her movies shoots to her workout routines, Adrianna has made a sharp effort to maximize her social media skills. Adrianna can be found on twitter at Twitter.com/AdriannaLunaXXX.

The Spice Radio visit follows up on Adrianna's successful XRCO awards appearance. April 14th, Adrianna attended the annual X-Rated Critics Organization awards in Hollywood, acting as one of the night's presenters. Photographers could not get enough of starlet as she dazzled the red carpet. Images of Adrianna from the XRCO awards are being posted to StarFactoryPR.com.

She is the star everyone is talking about! Now, Adrianna Luna will do some talking of her own as she is a guest on Spice Radio's Real Life Stories with Jessica Bangkok this Wednesday night! 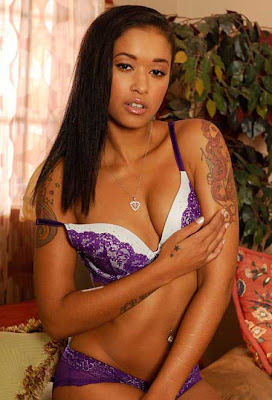 Skin Diamond broke into the wild world of hardcore as a model for alt-porn leader Burning Angel. Her recent performance in AM Kingdom’s “Revenge of the Petites” is a highlight of the big-budget, story-driven adult comedy feature.

"We are thrilled to have Skin Diamond as our official Twitter correspondent for the XRCO Awards," says Pete Housley, CEO of the Naughty Tweet Network. “She’s edgy, she’s absolutely stunning, and it’s easy to see why she has become a favorite with so many fans. The XRCOs are a prestigious, long-running tradition in the adult industry and we are excited to open this intimate event to the public through Twitter.”

This year marks the 28th anniversary of the XRCO Awards, first presented in Hollywood on February 14, 1985. is the only awards show in adult entertainment that is not open to the general public. Admission is strictly by reservation or invitation only to recognizable members of the adult industry and to the voting members of the XRCO.

The XRCO Awards will take place April 12 at the Highlands in Hollywood. For more information, visit www.xrco.com.

For more information on Skin Diamond’s role in the upcoming adult blockbuster, “Revenge of the Petites,” visit www.petitesmovie.com.

About AMKingdom.com:
For the past 15 years, AMKingdom.com is the leading destination for Internet consumers to enjoy college-aged, girls-next-door.  Its network of popular websites caters to a plethora of niches, while offering high-end, quality content.  Consumers and critics constantly rate sites like ATKGalleria.com, ATKingdom.com, ATKHairy.com, ATKPremium.com and ATKPetites.com as the best value online.  In 2007, founder and CEO Kim Nielsen began releasing the sites’ scenes on DVD.  The combination of retail success with an AVN award for Best Amateur Release prompted Nielsen to venture into the realm of adult feature movies.  AMKingdom.com plans to release one original feature each year.  A large array of fan-favorite models from AMKingdom’s popular niche websites will star in each movie.  The features will also embody the sites’ positive reputation for healthy sexual exploration amongst adults.  The first release, “Revenge of the Petites” is scheduled for 2012.  For more information, visit http://petitesmovie.com/, www.AMKingdom.com, www.Twitter.com/AM_Kingdom or www.Facebook.com/AMKingdom.

April 10, 2012 --- LOS ANGELES --- Gorgeous blonde superstar Tasha Reign will represent France’s leading adult magazine, Hot Video, as the publication’s official red-carpet hostess at the 28th annual XRCO Awards. Set for Thursday, April 12, 2012 at the Hollywood Highlands, the show is the latest in a series of high-profile assignments for Tasha.

For more information on the XRCO Awards, visit www.xrco.com.

Hot Video chose Tasha for the honor based on her fast-rising status as one of the adult industry’s most sought-after performers. Whether starring in hardcore movies for top studios or out on the road feature dancing where she has proven to be a consistently popular draw, the 2012 XBIZ Best New Starlet nominee always commands her audience’s full attention.

Hot Video representative Thomas Musat says, “At Hot Video, we have a long tradition of working with the hottest stars in the adult industry. Not only is Tasha Reign one of the most exciting actresses to look at, but she also possesses a very dynamic personality. We’re very excited to have a multi-dimensional star conducting interviews for us at the XRCO Awards.”

Restricted to members of the industry, the XRCO Awards recognize outstanding achievements in adult moviemaking as judged by the top critics in the field.

“It’s a great honor to be Hot Video’s ambassador at the XRCO Awards,” says Tasha Reign. “It’s a night for all of us to celebrate our accomplishments among friends, and I promise to give Hot Video’s viewers and readers the inside scoop. I’m really looking forward to it!”
Tasha recently took on the role of critic herself as a reviewer for the popular website Rock Confidential. Billed as “The World’s Hottest Music Critic,” Tasha shares her eclectic, sensuous taste in everything from classic hard rock to new, cutting-edge indie music. 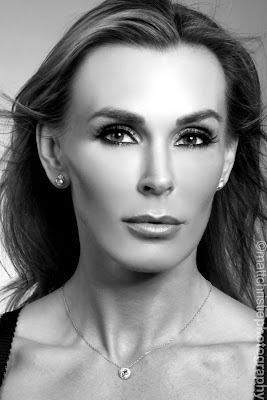 (HOLLYWOOD, CA) The top adult entertainment publicity company, Star Factory PR (http://www.starfactorypr.com), is now under the leadership of multi-award winning actress/director, Tanya Tate. Tanya has acquired all facets of Star Factory PR and will oversee the development, marketing and publicity of talent with her team. Star Factory PR was created by Alexander (Monstar) Raymond and Mike Moz in 2005 when they recognized the the independent performers need for publicity that had been generally regulated to contract stars. Since, while dozens have followed in Star Factory PR's foot steps, the cutting edge public relations team has always strived to be ahead of the curve and never remain stagnate. Star Factory PR has aided in creating awareness of its clients that has resulted in a multitude of awards and recognition, including Tanya's three year winning streak of the UK SHAFTA award for MILF of the Year.

"I owe a lot of my success in adult entertainment to the cutting edge strategies of Star Factory PR," says Tanya. "As a performer, I have the unique experience that other publicists do not have. I have also spent the last two years studying publicity and marketing under an award winning publicist and have recently hired a brilliant writer to my staff. This was planned out well in advance."

Effective immediately all correspondence for Star Factory PR can be directed to Info@StarFactoryPR.com.

"Some things will change, some will remain the same," noted Tanya. "But the one main constant of Star Factory PR is the one that has always been there; to keep moving forward."