A Bi-Coast Dose of Nikki Benz 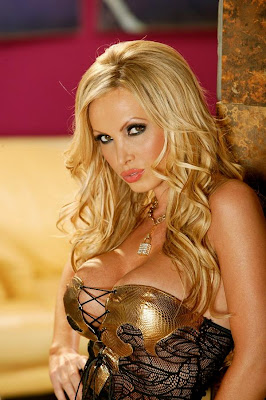 A Bi-Coast Dose of Nikki Benz

Never one to slow down long enough to get bored, Nikki Benz is once again traveling the country at break neck speeds to entertain folks on both coasts. She kicks things off with a fantastic four-night appearance in Florida and then is back to the West Coast for media appearances. On top of all this Nikki has a huge announcement to share with friends and fans.

The first stop on Nikki’s most recent entertainment tour takes her to Pompano Beach from February 3-6. She will be appearing at the Booby Trap for a four night engagement not far from where the Super Bowl is being played.

"I'm excited to be feature dancing in South Florida during the Super Bowl weekend,” says Nikki. “It's going to be a packed house and I can't wait to get up on stage and seduce the whole crowd. I hope my Florida fans are ready for me!"

Her appearance during Super Bowl week comes as Nikki’s latest appearance on FOXSports.com’s web show “Cubed” is being featured. It once again has Nikki cracking wise with the office drones on the show, providing a sexy breath of fresh air and a healthy dose of laughter as well.

"My work with FoxSports.com on Cubed especially comes in handy during the Super Bowl weekend. I've been giving out my NFL picks on Cubed for the past few months, and now I get to be in Florida during Super Bowl, that's amazing!"

Right after her four day stint in Florida, Nikki heads back to California for an appearance on Playboy Radio. She will be joining Christy Canyon and Nicki Hunter for Night Calls on February 8th at 6pm (PT).

Among the things Nikki will talk about with the ladies of Night Calls will be the announcement that she has also been named as co-hostess for the 26th Annual XRCO Awards. She will join Lisa Ann and Sean Michaels on stage in April for the show at Highlands in Hollywood .

“I can’t even begin to explain how excited I am about hosting the XRCO Awards,” beams Nikki. “The chance to help the industry’s leading journalists and critics recognize the very best in our industry is something that I can’t wait to be part of.”

With so much on her plate, it is no wonder that Nikki Benz is considered not only one of the most beautiful women in adult entertainment, but also one of the hardest working.