NIKKI BENZ TEARING IT UP DOWN UNDER 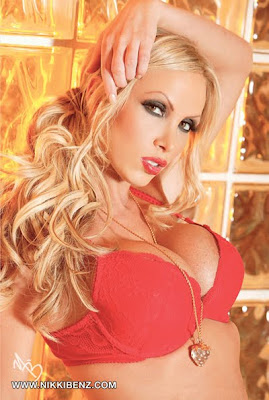 NIKKI BENZ TEARING IT UP DOWN UNDER

Adult entertainment superstar Nikki Benz is on her way to Australia for a packed schedule that will include two trade shows, a high profile photo shoot and a few well-earned days of rest and relaxation.

"I have wanted to go to Australia for the longest time” says Nikki. “ To have this opportunity present itself at this time of my career is amazing. I'm so excited to meet my Aussie fans. Last year I had the pleasure to tour Europe, specifically Italy and Finland. This year it's Australia, I'm going worldwide baby!"

In addition to the expos Nikki will be doing a photo shoot for People Magazine Australia.

With a full plate, Nikki will still find some time to enjoy Sydney for a few days.

“Working in Australia is going to be great,” Nikki exclaims. “Meeting fans, doing the shows, I can’t wait. But I also plan to spend a few days just enjoying myself in Sydney. I work hard, but I play even harder. It’s going to be great.”

After a few days of relaxation, Nikki will be back on US soil just in time for next feature dance gig. She will be taking the stage at the Penthouse Club and Platinum Tampa in Tampa, Floria from March 18-20.