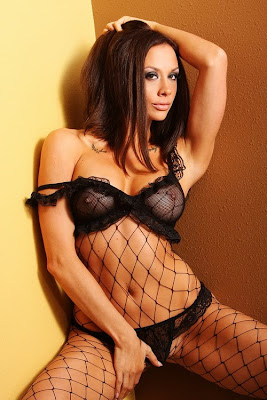 (Hollywood, CA) She has the looks of a super model, an inviting personality and an unrivaled sexuality! She is Chanel Preston (Myspace.com/505061222) and she has just launched her adult entertainment career. Hailing from Alaska, Chanel took to the spotlight at a young age. Preston took acting classes and performed in local plays, excelling at Shakespearean theater. As an adult, the stunning brunette entered the world of exotic dancing where she quickly excelled and established herself as a popular dancer. Preston has now chosen to make the leap, to become an adult entertainment actress and as she has found success before, she is doing it again! Already the top companies in adult have taken notice of the 5’8 beauty. Vivid and Digital Playground have both filmed Preston for their recent productions.


Chanel recently worked on the newest installment of Digital Playground’s award winning Jack’s P.O.V. series. Vivid had the privilege of shooting Chanel’s very first scene for aptly titled Brand New Faces line. The trailer for which can be seen here:


This week Chanel will be shooting for Wicked Pictures’ latest movie, Hooked, in a featured spot that will showcase the beauty’s acting abilities as well as her unbridled sex drive. Yet another major company utilizing the talents of the industry’s next big star.


Chanel Preston is a star in the making. Follow the supermodel-esque beauty as she takes aim at the adult industry!