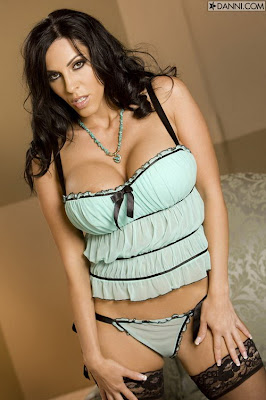 (Studio City, CA) Stunningly beautiful, scorching hot sex scenes and mainstream entertainment presence are three qualities adult entertainment star Veronica Rayne (http://veronicaraynexxx.com/) excels at. Since she made her XXX debut in 2005, the Italian babe has become a popular star who dominates her every scene with a striking sex appeal and sultry demeanor. Having been seen in some of adult’s biggest movies in recent times, Rayne has also appeared on a FOX Reality show and can be soon seen on the big screen in “I Hope They Serve Beer In Hell”. For star of this nature, Veronica has made the move to an established agency to arrange her adult entertainment bookings; L.A. Direct Models (http://ladirectmodels.com/). L.A. Direct Models is the premier agency in adult entertainment, fitting that Veronica should choose them.

“With all the exciting projects I have lined up and the future goals I would like to accomplish, I wanted to be part of a team that could not only guide me but aggressively direct my career in a positive manner.” Said Rayne. “L.A. Direct has an amazing reputation for professionalism and is in harmony with my intentions.”

Effective immediately, Rayne can now be booked for productions through L.A. Direct Models. More information can be found on the agency’s website, LADirectModels.com or by calling (323) 850-5888.

September is set to be an exciting month for Veronica as nominations for the 2009 FOX Reality Really Awards will be announced. Rayne is a surefire contender in the Best Villain category for her vampish appearance on last season’s My Bare Lady 2: Open For Business. Her larger than life personality stole the spotlight during the shows run, leading her to a potential award nomination! More info on the FOX Really Awards can be found on the official website: www.foxreality.com/reallyawards2009