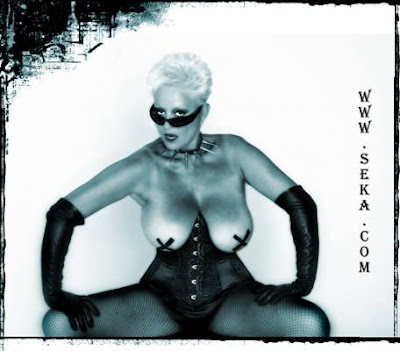 Seka to Appear at Pornvideo.com Booth at Exxxotica NY

At EXXXOTICA New York, the legendary Seka will be signing DVDs at the www.pornvideo.com booth!

Seka is arguably the adult film industry's most well-known and popular stars of her era…or ever! A member of the AVN Hall of Fame and the X-Rated Critics Organization Hall of Fame, Seka is a legendary porn-power-player because she pioneered the adult-star-as-business-woman concept. Seka became a household name just as porn was making the transition from film to video; her first performance was in the 1978 movie Dracula Sucks (a.k.a. Lust At First Bite or Blonde Fire) when she starred opposite the legendary John Holmes. Seka’s latest release is Western Visual’s Seka: Fallen Angel (The Lost Episodes), and she has appeared in a number of Blue Vanities films, spanning her decades-long career. Blue Vanities and Western Visuals are sponsoring her in-person visit to the pornvideo.com booth (Booth #737).

For the second year in a row, Exxxotica NY will take place at the New Jersey Convention & Exposition Center, at 97 Sunfield Avenue in Edison (formerly the ‘Raritan Center,’ located a few miles north of the Pornvideo.com corporate headquarters, in fact). Doors for Exxxotica NY open at 4pm on Friday, September 25th, and run through Sunday, September 27th.

Don’t forget, Seka will be at the convention all three days…so buy your three-day pass, today!

Directions to the Expo Center: http://exxxoticany.com/hotel-and-travel.