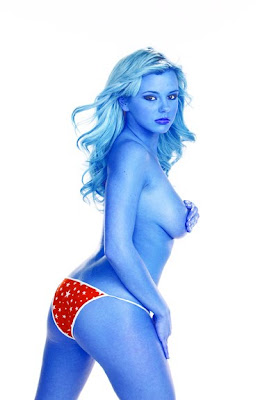 ³We are so excited to have Bree back for another year,² says Meredith
Christopher, head of production for Adam & Eve. ³She has been such a huge
part of Adam & Eve in the two years she¹s been with usŠ and her energy and
ambition have not gone unnoticed!²

Fans of Bree¹s would have to agree. Winning nearly every award she¹s been
nominated for, including AVN 2008 ³Best New Starlet² and 2009¹s ³Twisty¹s
Treat of the Year,² the 22-year-old native of Indiana has taken both the
adult and mainstream industries by storm. She¹s appeared on everything from
Spike TV¹s ³Guys Choice Awards² to ³Insomniac² with Dave Attell, and shows
no sign of slowing down.

Bree¹s contract means she will shoot 12 movies for Adam & Eve, as well as
appear at events, promotions and trade show on Adam & Eve¹s behalf. In fact,
Bree¹s next big appearance is scheduled for the weekend of September 25th at
the New Jersey Exxxotica Show.

³I¹m really happy to be with Adam & Eve for another year,² Bree says. ³I
love the travel, the fansŠ and of course all the sex I get to have! This
year I also plan to have more input into the movies I do.²