CLAUDIA VALENTINE Was A Knock Out As The Ring Girl For Jason Ellis’ EllisMania 3! 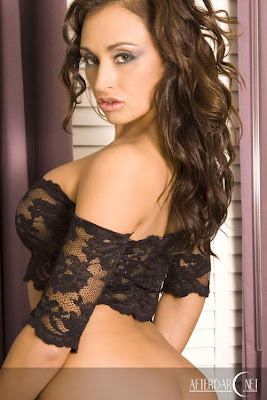 CLAUDIA VALENTINE Was A Knock Out As The Ring Girl For Jason Ellis’ EllisMania 3!

The “Glam Girl Gone Bad” strutted her stuff this past weekend at the 3rd annual EllisMania!
For Immediate Release: August 20th, 2009

For Immediate Release: August 20th, 2009
(Hollywood, CA) Stunning adult star Claudia Valentine (http://www.claudiavalentinexxx.com/) continues an event filled summer! From making appearances at adult entertainment events like the recent Free Speech Coalition fund-raiser to stepping into the ring for the Jason Ellis radio show’s EllisMania 3! August 16th popular Faction Radio (Sirius 28/XM 52) host Jason Ellis held the 3rd annual EllisMania in West Hollywood at Fortune’s Gym. The event was a mix of fun fights such as Ellis grappling with a 300 lb. man in a Pooh Bear costume. With an event of this nature what better way to shake thing up than have a popular adult star handle the ring girl duties. Of course, when that star is the ultra-sexy Claudia Valentine, expect the unexpected!
“When I first showed up for EllisMania 3 they thought I was just going to be the half naked chick holding up the round numbers,” laughed Claudia. “But that wouldn’t be me. So I added a little spice to the event. Did a little flashing, did a little distracting. Before you know it I was doing topless face slapping! When I do something I make sure it’s a fun time!”
Video from EllisMania 3 can be found exclusively on http://www.ellismania.com/.
For fans of Claudia’s hardcore work, one of her latest releases is getting noticed by the mainstream horror blogs. Hustler’s XXX parody “The Whores Have Eyes” has been mentioned on sites like the popular Horror-Yearbook.com with Valentine prominently talked about. Also recently released is Playgirl’s "Anytime, Anywhere" which showcases Valentine in another scorching sex scene that Claudia is known to deliver. Both titles are available now from virtually all online adult retailers.
Starring in some of the hottest adult films out today and stealing the show at EllisMania 3, Claudia Valentine is coming up in a big way!
For More Claudia Valentine, please visit ClaudiaValentineXXX.com, Myspace.com/ClaudiaValentine and Twitter.com/ClaudiaValentin