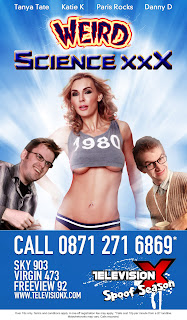 UK Adult Superstar Tanya Tate is the bad girl of your fantasies in this fun and sexy series from Television X.