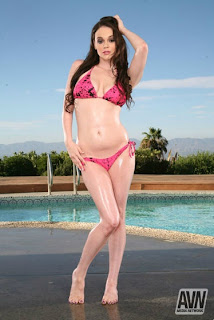 Ideal Image Management’s superstar Tessa Lane receives the ‘Best New Starlet’ nominations in the 2012 Nightmoves award show. The star will also be featured at Ideal Image Management’s booth at this year's Adultcon held at LA’s Convention Center. The fresh-face starlet has earned a tremendous amount of attention since debuting in the industry in 2011.

“I’m grateful to be considered for the best new starlet award, where I join so many great performers,” said Tessa Lane. “It’s an unbelievable feeling when your performance is recognized by some of the best and it motivates me to work harder to keep it going!”

The beautiful starlet will sign at Adultcon at Ideal Image Management’s booth and promote her self-directed feature ‘Down and Dirty with Tessa Lane’, an instant fan favorite! Fans will have the opportunity to meet-and-greet Tessa Lane, as well as purchase memorabilia and take pictures.

Each year NightMoves, Florida’s premiere adult magazine, honors the best in the adult industry locally and nationally. Voting for the 20th Annual NightMoves

The winners will be announced October 7th at the 20th annual Nigthmoves Awards’ Show held in Tampa Bay, Florida.Awards has begun! Fans may cast their votes at http://www.nightmoves-online.com/voting/.