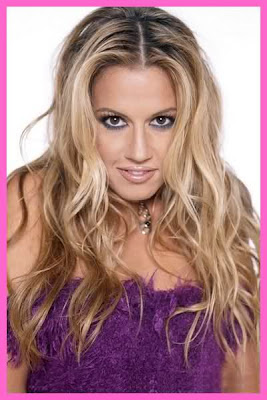 The 27th Annual XRCO Awards just got a whole lot hotter with adult industry legend Inari Vachs coming on board to co-host the event. Vachs joins adult film icon Tom Byron on stage at the Hollywood Highlands for the spectacular show on April 13th.

Inari continues her recent comeback after several years off by taking the stage for the XRCO Awards. No stranger to the affair, Vachs won four XRCO Awards from 2000 to 2002 including taking home the coveted Female Performer of the Year in 2000. Last year she was inducted into the XRCO Hall of Fame, joining co-host Tom Byron and other industry immortals.

“We are thrilled to have one of our industry’s leading ladies as a co-host,” says XRCO’s Dirty Bob. “Inari has always been beautiful, classy and a perfect spokeswoman. She is the perfect woman to join Tom Byron on stage. And she’s a lot better looking too.”

The 2011 XRCO Awards, hosted by Inari Vachs and Tom Byron will take place on April 13th at the Highlands Hollywood. Attendance is restricted to adult industry personnel and press only and admission is free. Easily recognizable industry professionals will be admitted, however it is recommended that attendees RSVP to be put on the list. Remember, email Tiki@Pipelinemultimedia.com to guarantee your spot on this prestigious list.


ABOUT XRCO:
Founded in 1984, the XRCO was formed to give writers and editors from the adult entertainment industry a voice in selecting the best in and brightest in the world of adult cinema. Original members included a small group of writers from Los Angeles, New York and Philadelphia. Over the years, select and qualified membership has expanded to include some of the best adult reviewers from both print and internet. In 2005, the XRCO welcomed its first European members. 2009 marked a quarter century of excellence with the XRCO's Silver Anniversary