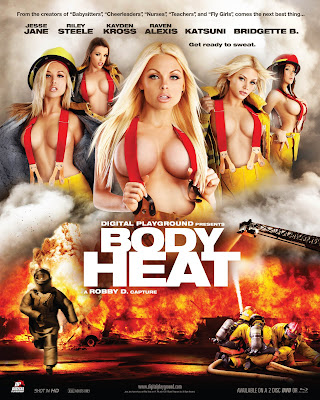 President and Founder of XBIZ Alec Helmy says DP was one to watch in 2010, “Digital Playground is widely recognized for its industry-leading product line. But what is most noteworthy is the company’s rare ability to not only expand into new markets, but to push new standards and attain success in them as well. Digital Playground is among the elite.”

XBIZ Managing Editor Dan Miller adds, “With another stellar year under its belt, Digital Playground once again raised the bar with its sensational product releases in 2010. It is with pleasure that we recognize their outstanding achievements over the past year.”

Samantha Lewis, Digital Playground’s CEO says, “Thank you to Alec Helmy, Dan Miller and everyone at XBIZ for recognizing all of our hard work. Congratulations to our gorgeous contract girls and the ultra-talented Robby D. Between the release of “Body Heat” and the launching of our line of Pirates Novelties, 2010 has been an amazing year.”

Joone, award-winning director and founder of Digital Playground, says he’s honored to receive the recognition, “We worked hard this year, and it paid off. “Body Heat” is a huge seller and I’m thankful to receive the XBIZ nominations. We’re looking forward to a big year ahead.”

You’ll see a familiar face at the 2011 XBIZ Awards. Our own gorgeous Contract Superstar Jesse Jane will be hosting the event, which will be held on February 9th at the Hollywood Palladium in Los Angeles, California. It’s one of the industry’s biggest awards shows, honoring the most influential companies and performers who play an essential part in the growth and popularity of adult entertainment around the globe. For more information click here http://www.xbizawards.com

About Digital Playground:
Digital Playground is the world leader in adult filmmaking and interactive formats boasting the largest HD library available, as well as sexy and powerful novelty lines to compliment blockbuster films. Since the Company’s inception in 1993, Digital Playground has earned over 300 awards, currently garners more than 80% of high definition sales within the adult market, and is a leading provider of Blu-ray™ titles. Female owned and operated, Digital Playground emphasizes quality first, employing fastidiously high production values in erotic film for women, men and couples. Digital Playground’s commitment to excellence, innovative technology, brilliant full-length productions and exclusive Contract Stars are the secrets to its success and makes Digital Playground the most highly demanded supplier of content for hotel, IPTV, cable, pay-per-view and mobile networks worldwide. For additional information, visit www.digitalplayground.com, www.facebook.com/DigitalPlayground, or www.twitter.com/dpxxx