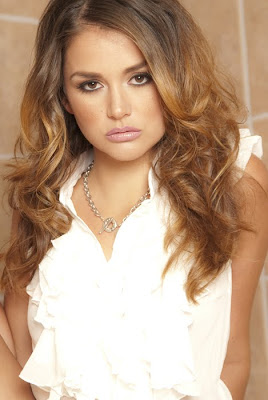 AVN Best New Starlet Nominee ALLIE HAZE Goes Exclusive With L.A. Direct Models!
One of the most exciting adult stars of the last year signs up with the industry’s premiere agency!

Allie Haze (http://twitter.com/alliehaze) has hit a stride this year, proving herself to be one of the most exciting performers in adult entertainment. The energetic angel with the girl next door looks evokes a sultry demeanor, while demonstrating the most devilish of sex scenes. Allie has starred in a multitude of well reviewed adult films that have spotlighted the brunette beauty’s boundless sexual energy. Easily, Allie is a star to keep an eye on as she is set to go supernova in the coming year. With the limitless potential that Allie has, she has chosen an agency expertly qualified to further her career.

Allie is now exclusively represented by powerhouse talent agency L.A. Direct Models. L.A. Direct Models has established a legacy of representing virtually all of the biggest stars in adult entertainment over it’s decade of existence. A perfect fit for Haze whose electrifying performances have led her on a path of prominence. Effective immediately anyone wishing to book the prolific star for their productions may contact L.A. Direct Models via phone 323.850.5888 or website, LADirectModels.com.

“I signed with L.A. Direct Models because of professionalism and quality of work they provide,” said Haze. “As my career blossoms, it’s good to have a team behind me with the experience and proven track record L.A. Direct has. I’m very excited about my future and ready to give the best I have for those that book me.”

It has been a successful year for Allie who has rocked the adult industry with her stellar performances. Her stand-out work has garnered her several 2011 AVN Award nominations. Allie has been nominated for Best All-Girl Couples Sex Scene for She's My Man 7 (L Factor/Devil's Film), Best Three-Way Sex Scene for Secretary's Day 4 (Smash Pictures), Most Outrageous Sex Scene for Belladonna: Fetish Fanatic 8 (Belladonna/Evil Angel) and the highly coveted Best New Starlet award. The 28th annual AVN Awards take place at the Palms Casino in Las Vegas on January 8th. Allie will attend to support AVN and her nominations. More information about the AVN Awards can be found on the event’s official website, AVNAwards.com.