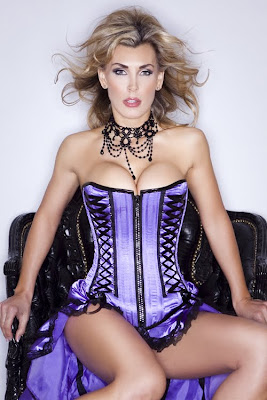 “I am very appreciative of the Xbiz nomination,” said Tanya. “I’ve had very positive feedback from reviewers and fans who have seen my scenes throughout the year, but to actually receive news that I am a nominee is breathtaking.”

The Xbiz Awards honor the most influential companies and performers who play an essential role in the growth and popularity of adult entertainment around the globe. Tanya will find out if she has won on February 9th at the ninth annual Xbiz Awards. The event will be held in Hollywood, and more information about the Xbiz Awards can be found on the official website; www.XbizAwards.com. “I will definitely be there, to support Xbiz and my nomination,” Tanya said.

Tanya Tate has had an incredible 2010 and plans an even bigger 2011. Highlights will include the launch of her member’s section on TanyaTate.com, and prolific movie appearances in high-profile projects like The Silence of the Lambs adult film parody. Tanya also began using QR codes recently on all her hardcopy promotional material, and in 2011 the blonde beauty will continue to go further with her viral marketing.