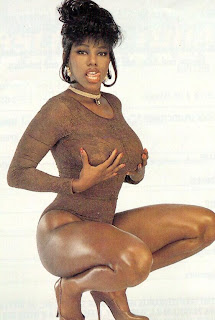 Ebony Ayes has made her place in history as a recognized Adult Film Actress in the US as well as through out the world. Ebony Ayes is a recognized name in the adult film world and can be found in references ranging from adult to mainstream.

During the height of her career, Ebony Ayes appeared in many featured men's magazines. Creating beautiful pictorials for all of us to see through out the years. Today, on the web, Ebony Ayes images are very popular and in demand. Admirers of Ebony Ayes still purchase the movies that are now almost a decade old and older in high demand.

This voluptuous women, carried herself very well, displaying a wonderful sense of humor and strong sexuality on film. Once Ebony Ayes walked into a scene, you know its time to get down and dirty. Usually wearing a tight top to show off them beautiful tits, undressing, going down and creating the climax for all viewers.