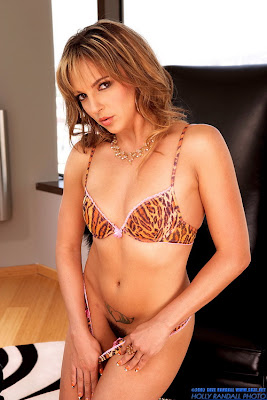 (Hollywood, CA) One of the sexiest girls in adult entertainment, Lexi Love (http://myspace.com/The_Lexi_Love) revels in the announcement of her 2009 Fans of Adult Media & Entertainment (http://www.thefameawards.com/) award nomination. The blonde beauty has attained a nom in the Most Underrated Star category. Love has established a sexually stimulating body of work since entering the world of adult in 2005, and continues to deliver perfect performances with every hardcore sex scene she stars in. The fan voted FAME Awards announced the nomination and Lexi was ecstatic:

“My FAME Award nomination is really exciting!” Said Love. “I’m very into the FAME awards because it is fan voted. Anytime you give the fans a voice, it’s special.

Fans of Lexi can make their voice heard by logging onto the FAME Awards website, thefameawards.com, and voting for the Hardcore Hottie. There are two rounds to the voting, round one ends in early may.

The scorching sex that Lexi is known for can be seen such new DVD releases like Predator III from Wicked Pictures. Lexi turns up the heat in a scene with Zoe Britton, Anna Belle Lee and Stormy Daniels that has to be seen to be believed! Lexi is also allowed to get down 'n dirty in Squirtalicious (310). With these new movies there is plenty of Love to go around!

Vote for FAME Award nominee Lexi Love for Most Underrated Star and then hear what she has to say on LGNShow.com! It’s an exciting time for Lexi Love!