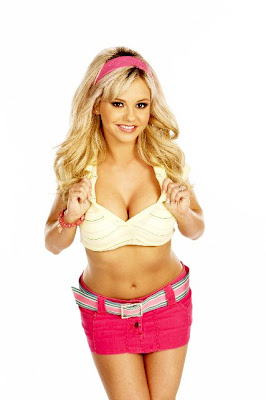 Her travels have taken her to such locations as Tampa, Toronto, Baltimore, Los Angeles, New Jersey and New York City. During these stops she made headlines with a controversial appearance on the “Bubba the Love Sponge” show which spurned a series of viral videos. She also did a variety of interviews on various other radio shows around the country, but one of the final ones was probably the most revealing look yet into her life — both on and off screen.

On Tuesday morning, Bree appeared on “The Howard Stern Show” on Sirius satellite radio and gave the King of All Media’s listeners a look into her wild and crazy life. While Bree has always been open about her genuine love of all things sexual, she talked to Howard about her teen years spent in an Indiana correctional facility for “doing a bunch of stupid things a teenager does.” Bree revealed for the first time in public that he had spent her early teen years (between the ages of 13 and 16) “locked up” as a repeat offender for things such as non-malicious vandalism. They also discussed a segment she shot last week for Howard TV’s upcoming reality series, “This is Beetle” starring show favorite, Beetlejuice, which will air this fall.

Stern also spoke with Bree about her appearance on “Bubba,” her sexual liaisons with members of the general public such as a very lucky taxi driver in Miami, her genuine love of rough sex, a scene shot for her website (BreeOlson.com) that was too deemed too controversial to ever release and her career and latest movies with her contract company, Adam and Eve Pictures (adamandeve.com). Some of the revelations Olson made seemed to even shock a man who has seemingly heard it all.

“I had so much fun on the show and Howard and the rest of the staff there were incredible as always,” Bree said about her appearance. “I loved being back on the show and can’t wait to see them all again in the near future.”

Fans who missed Bree on during her latest travels shouldn’t fret. She’ll be hitting South Florida in a few weeks when she appears at EXXXOTICA Miami Beach (exxxoticamiami.com), May 8th through 10th with fellow Adam & Eve contract star Kayden Kross and tons of other stars at the huge adult consumer convention, and for more appearances they can be sure to visit her website where her schedule is constantly updated.