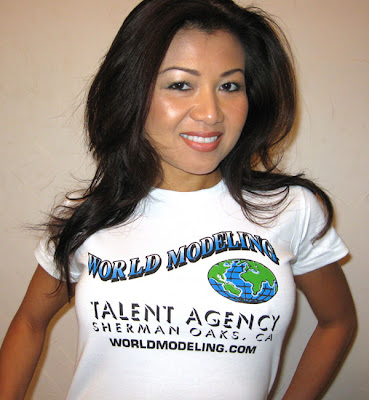 According to Jim South, the legendary founder and CEO of the 34 year-old
agency located in suburban Sherman Oaks, California, he was taking the
unprecedented step of foregoing the normal industry-wide standard fees from any new clients he represents to "do his part" to try to help "stimulate" the ailing US economy.

"This is no joke, I consider it my patriotic duty--the more money I can leave
in the pockets of the models and actresses I represent, the more they'll have to
pay their bills, and spend in the local economy. As far as I’m concerned, helping adult movie stars, is helping America," says South, who over the
decades has provided the casts for hundreds of thousands of X-rated movies. "President Obama wants to give America a 'stimulus package?' Well,
then I think everyone should pitch in, including the adult entertainment
industry. And who can provide 'stimulation' better than an adult movie actress?"

By waiving the agency's usual 10% commission on all X-magazine and video jobs that any new porn actress signing up with World Modeling obtains throughout the month of May with the World Modeling "Introductory Stimulus Package Special," South figures he can put thousands, if not tens of thousands of dollars back into the depressed California, and US economies--and at the same time provide ongoing high-paying employment for an unlimited number of applicants from anywhere in the country. "All anyone who is 18 years-of-age and older, has never worked in an adult production before, and is interested in becoming an adult movie actress, has to do, is call or e-mail us to make an appointment, then come into our office during the month of May, and say they are here for the 'Introductory Stimulus Package Special,” according to South. “We then interview them, take a few test shots, and then work to get them immediate jobs in adult movies--and when we do, they won't be charged a penny in commissions, the money they earn is all theirs to keep," says South.

South says he hopes the temporary suspension of commission charges for new
applicants would encourage those who have been considering work in the adult entertainment field to finally make the decision to give it a try--pointing out that a career in porn is one of the few places a woman can quickly make up to $1000 or more a day without any formal education, training, or particular skills. "People are
hurting out there, losing their jobs, and we have them pouring in here everyday
desperate for work--and we can give it to them. But at the same time I want to
give something back. I love my country, and this is how I want to help out."

"We work with our actresses to create any type of adult video acting career they
want to pursue--whether it is for a week, a few months, or for many years,"
explains South. And while the X-rated film industry has undergone drastic
changes over the years, attractive female X-rated video performers can still often make up to $15-$20,000 and more a month.