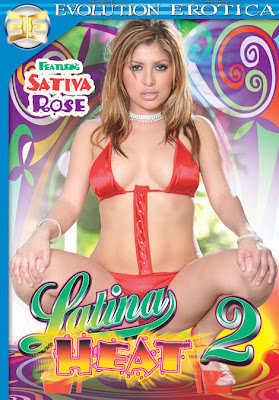 Coming out next, Tuesday, October 21th, is Latina Heat #2 from Evolution Erotica. Fresh of the heels of the previous summer installment – Latina Heat #1 – this second version is muy caliente! It's spicier, sexier, and has hot, hardcore action!

Latina Heat #2 stars the seductive Sativa Rose, a multiple AVN Award Nominee, with her luscious DSLs. The DVD is being released by Evolution Distribution, and also stars Latina lovers like Megan Martinez, Anita Ferrari, Lena Julliette, and Kat. This release will leave you screaming for mas! Say the performers to their loyal fans: 'Dejame ir a tu casa para jugar. Estare esperandote'

(Translation: Take me to your house so we can play. I will be waiting for you)!

Email ThisBlogThis!Share to TwitterShare to FacebookShare to Pinterest
Labels: Darcy