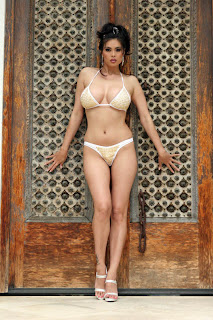 ( STUDIO CITY, CA ) Just a quick reminder, that today is the final day of voting for The F.A.M.E. Awards. Below are the categories for which Tera and Teravision are nominated. For Tera Patrick and everyone at Teravision, Thank You for your vote.

Tera Patrick is undoubtedly one of the most well-known and in-demand adult film stars in the world and her popularity continues to increase. Born the daughter of a Thai mother and an English father, Tera has been featured in over 100 adult films since her entry into the industry in 1999 and has appeared on more magazine covers than any other adult star in history. Since winning the coveted "Best New Starlet" award she has gone on to win virtually every major award in the medium and she continues to set records on the adult charts. Tera's superstar status has also been furthered by countless appearances in the mainstream media, including a cameo in the blockbuster comedy Blades of Glory, and radio and television shows such as E!'s "Wild On" series and the "True Hollywood Story," "The Howard Stern Show," VH1's "40 Hottest Rock Star Wives and Girlfriends" and "Supergroup," and she served as a hostess on Spike's "Guy's Choice Awards. " To see Tera Patrick's official website, visit www.terapatrick.com. To see trailers of Tera Patrick's movies, visit www.teratrailers.com.

From the mind of adult megastar Tera Patrick comes Teravision - a top adult studio where glamour meets hardcore. Teravision produces high-end glossy vignettes and features in high-definition. Content is available in every conceivable medium from DVD, Blu-ray, Television Broadcast, Pay Per View, Internet, mobile phone downloads, video on-demand, and remains on the cutting edge of emerging formats.
Tera Patrick is the number one active star in adult and has received every important award in the adult industry. Teravision employs and retains the top directors in the industry, and is best known for constantly blurring the lines between the adult and mainstream worlds.
Posted by Ebony Porn Stars Online Reviews at 3:51 PM

And she never did an interracial scene as far as I know. So why is she being shown here??