Monique - A Star of Video Team 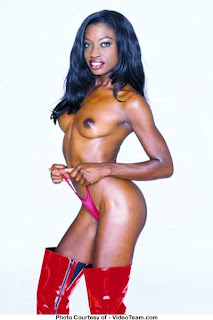 Monique was born in a San Diego hospital in California January 20, 1975 and grew up in the Lancaster (Antelope Valley) area. Believe it or not she was a tomboy growing up. Climbed trees, played with the boys, was a rough player, and even bullied students. In school she was very active and ran Track and Field, Gymnastics, Played the Clarinet in school parades, Drill Team, a Cheerleader. She was not shy and was popular with the boys. Her first sexual experience at the age of 16. It was with a boy at the same school and same grade.

She first came across the adult business as an exotic dancer at the local nude strip club. Her best Highschool friend went together to check it out for the first time and ended up going back to get a job. She will admit dancing brought a lot of sexual desires out. As a child growing up she kept many of my fantasies and desires to herself. It wasn't until she began dancing that she realized that many of her fantasies were common amongst other women. The longer she danced there the more she learned about herself and sexuality and even had her first girl-girl experience. Anyway, one busy night a husband/wife couple came in and offered to photograph Monique for a popular gentlemen's magazine. That wife ended up being Taylor Wane. Seeing that they were nice people she took them up on their offer, which landed her first nude layout on the cover/centerfold of Players Magazine in mid-1995.

April 2002 Monique announced her retiredment from Adult Movies. Monique decided to concentrate work on her official web site Monique's Web this is not the end of this fine sexy bod... Ouch!!! Monique last by EbonyPornSTarsOnline.com was caught up at the AEE convention in 2007. Monique get with us so we can get things rolling again.

Email ThisBlogThis!Share to TwitterShare to FacebookShare to Pinterest
Labels: Monique