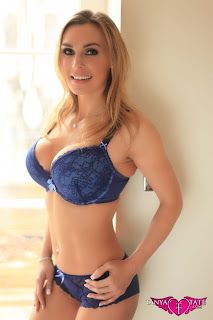 Tanya's nomination for Crossover Star of the Year stems from the fangirl's popularity in the geek media. As a cosplayer, blogger, and all around geek personality, Tanya has become the go-to adult star for nerdism. Testament to her notability, she was recently asked to participate at the annual Geek Media Expo in Nashville based on her prominent presence as a geek celebrity.

"I'm thrilled with these nominations," said Tanya. "All the areas where I really focused my energies at, were recognized. I am very happy my hard work has not gone unnoticed."

The 2013 AVN Awards is set to take place on January 19 in Las Vegas at the Hard Rock Hotel. Tanya will be on hand to support her award nominations. more information on the AVN Awards can be found on the show's website: http://avnawards.avn.com/. For more Tanya Tate please visit the Tanya Tate network: