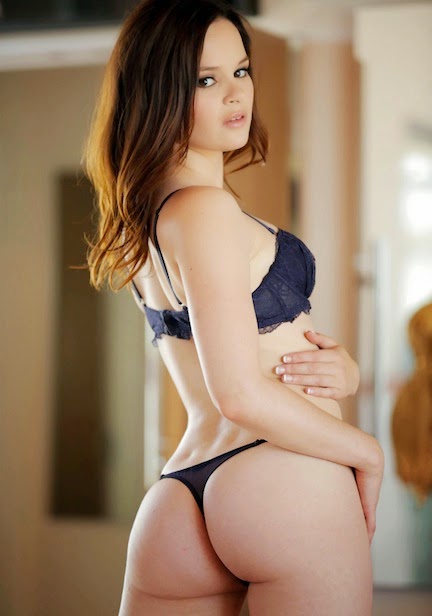 “Jenna J Ross” also holds the honor of being the first DVD to be released by new high-end studio, Adult Empire Films.

“Although this my second showcase DVD this year, this one has all original scenes,” says Jenna J Ross. “I had a lot of say in the artwork, the scenes and much more. I’m very pleased with the movie. I hope all my fans will pick it up and that it will garner many nominations and wins this awards season.”


“Jenna J Ross” is available on DVD, VOD and mobile. Watch the trailer and order your copy at http://www.adultempirefilms.com/jenna-j-ross/.

ABOUT JENNA J ROSS
Jenna J. Ross is a unique performer with a decidedly East Coast look with her perfect petite, all natural body, long brown hair and an unforgettable smile. She’s known for her cute, young girl looks and her wicked oral and flexibility skills. In 2011, she left Boston and her waitressing job to head for L.A. to join the adult biz, and she hasn’t looked back since.

With almost 200 scenes to her credit and more than 12 solo covers, she has worked with ALT studios like KJD Media, Mile High Media and X-Art, along with a slew of mainstream adult studios including Digital Playground, Wicked, New Sensations, Girlfriends Films, Brazzers, Hustler and Bang Bros. She will have two showcase movies released in 2014—“The Sexual Desires of Jenna J Ross” from New Sensations and the self-titled “Jenna J Ross” from Adult Empire Films. Jenna has graced the pages of Hustler, 18eighteen, Taboo and Naughty Neighbors, along with appearing multiple times in Barely Legal. In 2013, she was nominated by XBIZ for Best Supporting Actress in Girlfriends Films’ “Homecoming” and AVN for Unsung Starlet of the Year.

When she’s not on set, you will find her taking fun photos of the Los Angeles landscape and its inhabitants, reading, and hiking. Keep up with her adventures by following her on Twitter at @JennaJRoss | Tumblr | Instagram.