CINDY STARFALL Wants You To Celebrate Hustler Baltimore's Anniversary Weekend With Her! 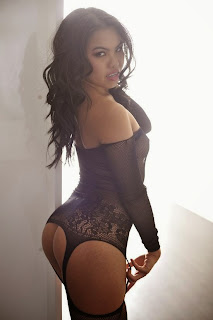 
Seductive Cindy Starfall (www.CindyStarfall.net) will take to the stage with Kaylani Lei in an "Asian Invasion" weekend at Larry Flynt’s Baltimore Hustler Club from Thursday, November 13th through Saturday, November 15th for their 11th anniversary celebration. Offering temptation at every turn, the luxurious multi-level club features a wide variety of themed VIP champagne rooms and a unique 2nd floor see-through glass stage that provides guests below an intriguing view of the girls dancing the VIP stage. Larry Flynt’s Baltimore Hustler Club has something to offer every party-goer including fan-favorite feature dancer, luscious Cindy Starfall.

“I love to dance, and I especially love dancing for my fans,” Cindy stated. “The Hustler club is an exciting and unique venue - it's always a party. I've got some new moves I can't wait to share - it's going to be a very hot weekend in chilly Baltimore.”

During the anniversary event, Cindy will be offering signed 8x10s, DVDS, sexy private dances, and her line of ‘Unchained Desires’ t-shirts. Stay up to date with Cindy’s every naughty moment by following her on Twitter @CindyStarfall.

As a special treat, fans heading to the club to catch one of Cindy's sizzling performances can get free bottle service by texting FBS to 545454.