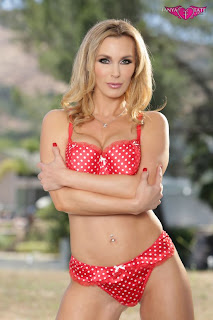 
Tanya has also received a nomination for Mainstream Favorite, due to her continued success in the mainstream media. As a superhero cosplayer, Tanya has solidified herself in geekdom as a legitimate personality. A multitude of genre related sites have featured Tanya, she has made appearances across the country for her cosplay endeavors and even released a photo book, Tanya Tate: My Life In Costume that chronicles her first years of cosplay.


More information on the XRCO Awards can be found on the event's official website - http://xrco.com. The winners will be announced in April at a special award show gala.

Signed copies of Tanya's book can be ordered from her Tanya Tate Store http://TanyaTateStore.comand her cosplay blog http://JustaLottaTanya.com.