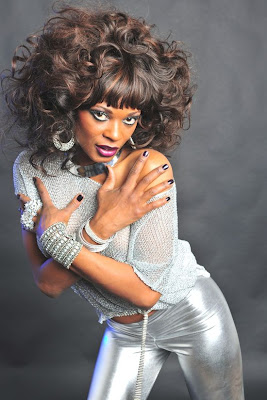 CoCo Brown shocks mainstream media with ambitious plans to be the first adult star in space!

In response to her recent popularity, CoCo said, "I'm proud that people are taking notice of me and my future endeavors. I hope they keep listening because this story's only just beginning!"

Here are just a few of the many media outlets that have been covering CoCo's exciting story:
CoCo Brown aims to be the first adult film actress and fourth African American woman to make the journey into the final frontier. The star invites everyone to get familiar with the name CoCo Brown, her remarkable quest is sure to be documented for years to come.

CoCo's flight into suborbit is scheduled for March of 2014, but fans can look forward to hearing about her next training mission which takes place next month in March!