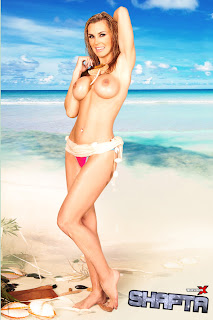 As the SHAFTA Awards are voted on by the public, Tanya is looking to her fans to aid in solidifying her award win. Voting can be done via the SHAFTA Awards website, http://Shafta.xxx now through the end of February.

As an incentive for fans to vote, Tanya has announced a fun and exciting contest that will see one lucky winner receive a month free membership to the official TanyaTate.com website. For a chance to win, one would first need to screen grab their vote for Tanya from the SHAFTA Awards website, then watch the official 2012 SHAFTA Awards promotional video that is currently on the Television X Youtube page (http://www.youtube.com/watch?v=ksc9Ul0hdZc) and count the amount of times that Tanya's boobs bounce in the video. Email the number of times, and a screen grab of the SHAFTA voting page to her at Tanya@TanyaTate.com. The contest will run the duration of the voting period with the winner announced on March 15th, the night of the SHAFTA Awards.

Tanya has made a special Youtube video announcing the contest; which can be seen here: http://bit.ly/TanyaShafta12Vid .