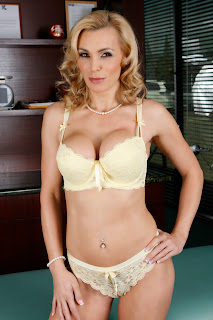 With all this excitement surrounding her first directorial video, fans are already anxious to see what the blond bombshell does for her follow-up video. While Tanya has not made an announcement yet for her next directing project, she is receptive to what her fans and viewers enjoy in their adult entertainment. Those who have comment can tweet the superstar their comments and suggestions to Twitter.com/TanyaTate.

for beginners like me need a lot of reading and searching for information on various blogs. and articles that you share a very nice and inspires me . cara menggugurkan kandungan

This is a very good article material and it is very useful for us all. thank you . cara menggugurkan kandungan

By reading this article I get a lot of lessons and this is very useful . cara menggugurkan kandungan