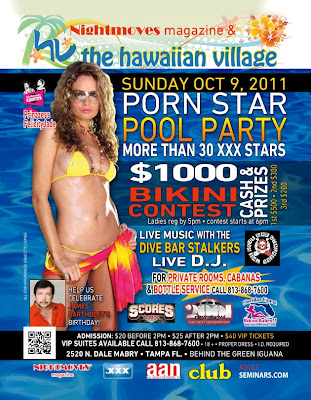 The Acclaimed Lesbian Performer Is Nominated for Best Feature Dancer!

The 19th annual NightMoves Awards will be held in Tampa Bay, Florida on October 10. Unique to the industry, NightMoves offers both editor and fan awards for each award category. Fans may vote online now to September 19. To vote for Girlfriends Films, its performers and its movies, visit http://www.nightmoves-online.com/voting/index.php?sid=14549.

Fans desiring to see more of Prinzzess may take the sexy video tour for Girlfriends Films’ new membership site. To experience the content-rich site full of movies and photos of Prinzzess, take the tour at www.GFFMembers.com/tour.


About the NightMoves Awards:

The NightMoves Adult Entertainment Awards (N.M.A.E.A.) began humbly in 1993 as a small local Florida award show called the Central Florida Adult Entertainment Awards Show with Ron Jeremy and Kelly O'Dell as the co-hosts and put on by NightMoves Magazine. Since then it has expanded dramatically and now presents local and national adult awards in a large club atmosphere in Tampa, Florida, which includes sexy entertainment by some of the presenters. NightMoves has done an incredible job putting this together every year and should be commended for this e"X"cellent event. The hardworking staff, including Paul, Art, Tracy and the rest, make this a very memorable event every year. For more information, visit www.nightmoves-online.com.

Email ThisBlogThis!Share to TwitterShare to FacebookShare to Pinterest
Labels: Prinzzess