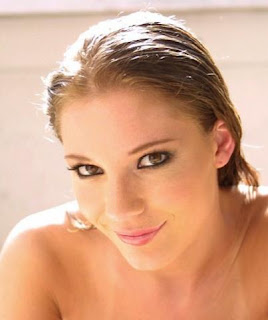 Award winning adult star Aurora Snow has worn plenty of hats during her career. She is a hall of fame performer who has written and directed her own lines, succeeded as both a contract star and a free performer. She has launched a successful feature dance career and been a top model for virtually every adult publication in the world. Aurora has also expanded her reach and crossed over into mainstream films. She has achieved great success by working her tail off.

For her latest venture, Aurora is still working hard, but doing so while kicking back and talking on the phone. Aurora has launched her own phone chat service to allow her fans to have more personal access to the superstar. Fans can visit http://missaurorasnow.myphonesite.com and place a call directly to the stunning star of adult stage and screen.

"I have always enjoyed a great relationship with my fans," says Aurora. "Over the years I have sought opportunities to get closer to them. I love the interaction offered by social media, but wanted to take it to the next level. The phone is really the ideal medium to get in touch with my fans and give them a very personal experience."

Aurora's phone chat service is made possible by www.myphonesite.co.uk. The pay-per-minute phone site generator allows adult talent to easily create their own websites where they can also sell digital and tangible products.

Aurora knows what it is like to be disappointed in web site design and functionality. "I have been let down by people running web sites for me in the past." She says, "what I find so cool about this technology is how user-friendly and easy it is. I can log in and out of the system from my Smartphone and set up chats anywhere at any time."

About Aurora Snow
Aurora Snow is one of adult films leading ladies. Using her unique combination of girl-next-door looks and explosive sexual energy she has delighted fans and critics alike in over 400 films to date. Her efforts have earned her numerous awards including AVN’s Performer of the Year in 2003. She has made cameo appearances in such mainstream films as “Superbad” and continues to work on camera in both adult and mainstream. Aurora has recently been featured in her own autobiographical graphic novel from Carnal Comics and has her own skateboard through Pornstar Skateboards. Currently Aurora is working on her web site www.AuroraSnow.com where she produces exclusive content to delight her many fans. She has also recently begun work on a book project to be released in 2010.