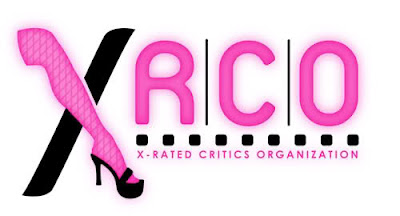 The night of the XRCO Awards is certain to have people talking! Among the other wild things that will undoubtedly happen in this annual industry-only event, the rumor is spreading like wildfire that there is an excellent chance that Charlie Sheen, Bree Olson, and two of his Hollywood buddies, who may already be on the XRCO celeb reservations list, may attend and also may make a special announcement.

Speculations are flying as to what that announcement could be, but one possibility being bantered about involves a 3-D celebrity sex tape allegedly shot for "his" private collection by one of his drinking buddies: an Oscar-nominated filmmaker who wisely wishes to remain anonymous. "If this true," XRCO Co-Chairman Dirty Bob asserts, "you can rest assured that the X-Rated Critics Organization will do everything possible to have the tape screened at the end of the awards ceremony - and 3-D glasses will be provided upon request."

The 27th Annual XRCO Awards Show to be held Wednesday, April 13th at the Highlands Hollywood. For reservations to go XRCO.com and click on the reservation list. The doors will open at 7:30pm.

Attendance is FREE, however, it is restricted to adult industry personnel and press ONLY. It is highly recommended that attendees RSVP to insure their names are added to the guest list.

Remember, email Tiki@Pipelinemultimedia.com to guarantee your spot on this prestigious list.


Founded in 1984, the XRCO was formed to give writers and editors from the adult entertainment industry a voice in selecting the best in and brightest in the world of adult cinema. Original members included a small group of writers from Los Angeles, New York and Philadelphia. Over the years, select and qualified membership has expanded to include some of the best adult reviewers from both print and internet. In 2005, the XRCO welcomed its first European members. 2009 marked a quarter century of excellence with the XRCO's Silver Anniversary.