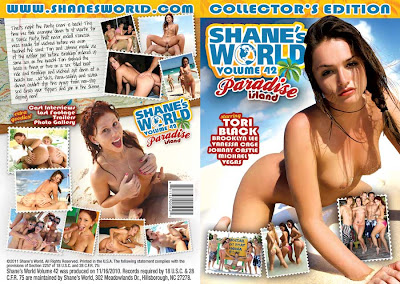 Producing bestselling and critically acclaimed adult movies since 1996, Shane’s World Studios is one of the most trusted names in the industry for fun, unique content. The distribution with Adam & Eve will lend to increased sales and an even larger consumer base around the world. Meanwhile, the pioneers of reality gonzo provide Adam & Eve with a new dimension to its varied and extensive inventory of movies.

Adam & Eve is the nation's largest marketer of adult products with millions of satisfied customers in the United States and all over the world. Founded in 1970, Adam & Eve is also one of the oldest names in the rapidly evolving adult industry. Adam & Eve is the flagship company of PHE, Inc. While Adam & Eve caters to a general audience, PHE also owns several smaller companies that focus on meeting customers' special needs. For instance, Adam & Eve Pictures produces original titles with Adam & Eve contract stars Teagan Presley and Alexis Ford. Adam & Eve is responsible for numerous award-winning movies. For more information, visit http://www.adameve.com/t-company_info.aspx