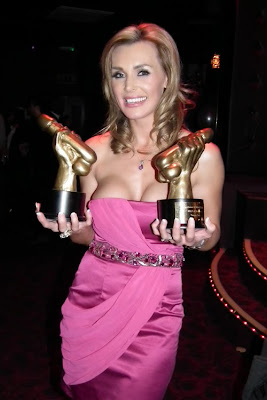 As an incentive for fans to vote for her in the SHAFTA Awards, Tanya aligned with popular website Smutlife.com for a special give-away. Fans that voted for Tanya and screengrabbed their confirmation page were entered in a drawing for a grab-bag of Tanya’s goodies. The prizes included an autographed copy of her spotlight DVD by Naughty America simply titled Tanya Tate. The DVD features an incredible five of Tanya’s hottest sex scenes. The winner shall also receive a personalized video by Tanya and a signed 8x10. Smutlife.com will also contribute some rockin’ swag to the mix. The winner of the giveaway is revealed in a Youtube video, which can be found on Tanya’s official youtube page; http://www.youtube.com/user/tanyatatetube