DIGITAL PLAYGROUND’S NEW GIRL-GIRL SERIES “CHERRY” IS ABOUT TO POP! 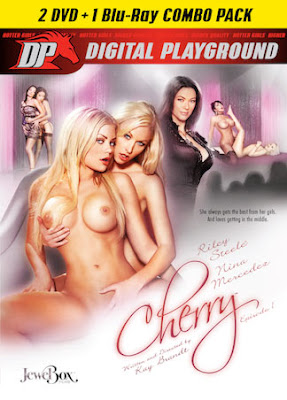 It’s finally time for the public to get their first look at Digital Playground’s exclusive new all-girl line brought to you by Jewelbox Films™. “Cherry™” streets on April 26th, but fans can get a sneak peek at the sexy cinematic trailer by visiting:

Mainstream actress Judy Thompson plays Cherry, the owner of a lesbian strip club. “Experiencing raw, feminine passion intersecting with art made coming to work a blissful dream. We’ve touched on what women yearn for in adult entertainment. ‘Cherry’ meshes sexiness, emotion and playful fantasy into one.”

“Cherry’s” critically acclaimed writer and director Kay Brandt says, "This is the first big step for Jewelbox and Digital Playground. We've taken a huge leap as a creative team, breaking ground in a new area of the market. The landscape was ripe for this type of filmmaking, taking the girl-girl niche market to a new level. We're ready to move forward and blaze a new cinematic trail."

Cherry’s girlfriend is played by Digital Playground Contract Star Riley Steele™. “This is my first ever all-girl movie -- and I loved everything about making it, especially the amazing lesbian sex scenes! My fans will get to see a different side of me and I think it’s going to rock their worlds!”

Director Kay Brandt and “Cherry” star Judy Thompson will be at the international lesbian festival The Dinah 2011 on April 1st through April 3rd in Palms Springs, California. They will be screening the “Cherry” trailer (www.jewelboxfilms.com) and connecting with fans.