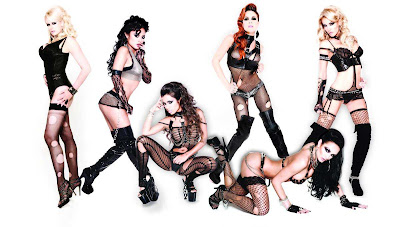 Films about the world of dance have captured the pop culture zeitgeist this year, and 2011 AVN Best Feature Director Brad Armstrong is contributing to the excitement with SEXY, a Wicked romp through the worlds of jazz, pop, cabaret and burlesque with a modern - and very adult - twist.

"SEXY is a stylish musical spectacular in the vein of traditional Hollywood dance blockbusters," the director reveals. "We're looking for ten women and six men to appear in this musical event. Whether their specialty is hip-hop, jazz, tap, modern or ballet, we want to see them at their best."

To assist the director in his search for new dancing talent, rehearsal songs for both men and women, along with audition guidelines, have been posted online at www.wicked.com/sexy. "Dancers can either choreograph a routine to one of the songs we've posted online or just perform freestyle," Armstrong says of the upcoming auditions. "We just want people to bring their best."

The auditions will be held during the evenings of April 3rd and 4th, 2011 (beginning at 7:00 PM each night), and will be filmed for potential inclusion on the SEXY DVD. The director encourages dancers to email him at brad@wickedpictures.com to book the date and time of their audition. At press time, the film is scheduled to be shot between April 24th and 30th.

Unfailingly ambitious, Armstrong looks forward to the auditions for his latest pop culture extravaganza. "Don't let those years of lessons go to waste. Dust off those dancing shoes and bring it. It's time to get SEXY!"

A Roads To Moscow Communiqué.

AVN's coveted acting awards have been won by Wicked Girls for eight consecutive years. It's the longest record of its kind to be held by a single company in adult video history.