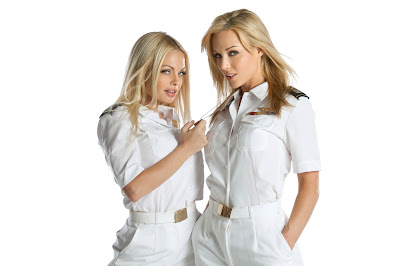 DP is the Only Company to Have Two Contract Stars on CNBC’s Dirty Dozen List!

CNBC is out with its list of Porn’s Most Popular Stars and Digital Playground’s Jesse Jane and Kayden Kross have made the cut! Not only are these gorgeous girls ranked as the top stars in the adult industry, but Digital Playground is the only company on CNBC’s exclusive list to have two Contract Stars rank in the top twelve. To read the article, click here: http://www.cnbc.com/id/40909215/The_Dirty_Dozen_Porn_s_Most_Popular_Stars

“I’d like to thank CNBC for recognizing both Jesse Jane and Kayden Kross,” says DP Founder Ali Joone. “I’m honored that CNBC selected two of our Contract Girls for their list of Top Adult Stars.” Digital Playground President and CEO Samantha Lewis agrees, “These two girls are simply amazing. They are both stunningly beautiful, and whenever Jesse or Kayden’s name is attached to a project, those features end up selling out fast. We’re honored that they made CNBC’s Dirty Dozen list, and I’m very proud of them.”

About Digital Playground:
Digital Playground is the world leader in adult filmmaking and interactive formats boasting the largest HD library available, as well as sexy and powerful novelty lines to compliment blockbuster films. Since the Company’s inception in 1993, Digital Playground has earned over 300 awards, currently garners more than 80% of high definition sales within the adult market, and is a leading provider of Blu-ray™ titles. Female owned and operated, Digital Playground emphasizes quality first, employing fastidiously high production values in erotic film for women, men and couples. Digital Playground’s commitment to excellence, innovative technology, brilliant full-length productions and exclusive Contract Stars are the secrets to its success and makes Digital Playground the most highly demanded supplier of content for hotel, IPTV, cable, pay-per-view and mobile networks worldwide. For additional information, visit www.digitalplayground.com, www.facebook.com/DigitalPlayground, or www.twitter.com/dpxxx.