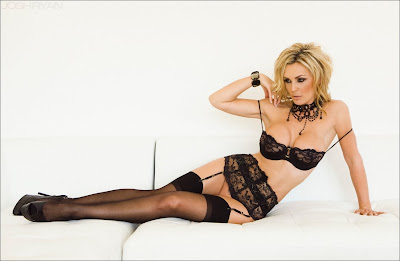 The blond bombshell from Liverpool continues on her incredible rocket ride of success with an AVN Award nomination.

Tanya Tate (http://www.tanyatate.com) has had an amazing 2010! All throughout the year, the sexy blonde beauty’s career has flourished with one spectacular achievement after another. From consistently delivering electric displays of erotic performances in her every adult film to her headline grabbing “Sex Tour” video series, Tanya has been unstoppable. The sexy U.K. superstar has amassed a legion of fans in her home country of England, Ireland and the United States. Reviewers also can’t get enough of Tate; “This woman is energetic, realistic, creative, and enthusiastic,” noted LilMcGill of AIPdaily.com. With a year of incredible work to her credit, this powerful performer has been recognized for it.

“I’m thrilled!” said Tanya who is currently in London. “This is the first time I have ever been nominated for an AVN Award and It’s quite exciting.”

The winner of the 2011 AVN Awards will be announced at the annual show in Las Vegas on January 8th. More information about the AVN Awards can be found on the official website www.AVNAwards.com.

About TANYA TATE:
Being one of the top Adult Stars in England & Ireland wasn’t enough for sexy blonde Tanya Tate. The multi-award winning star has made the leap “across the pond” and has began to make her presence felt in the States with her scorching hot sex scenes that made her a popular performer in the U.K. While Tanya has only been in the U.S. a short time, she hasn’t actually been in adult entertainment that much longer. The Liverpool born beauty made the transition into porn only a year and a half ago. The former office worker decided on a whim that she wanted to spice up her life.

From her first sex scene shot, Tanya has been in high demand from both reviewers and fans alike. While Tanya had been already receiving an abundance of press, it was her “Tanya Tate’s Sex Tour of Ireland” for Television X that propelled her to the front page of English and Irish news papers. The video series featured Tanya in a wild romp with one of Ireland’s pro-athletes. Leading to headlines that rocked news sites and blogs with the scandal.