The One To Watch: BROOKLYN LEE Is Making Her Mark! 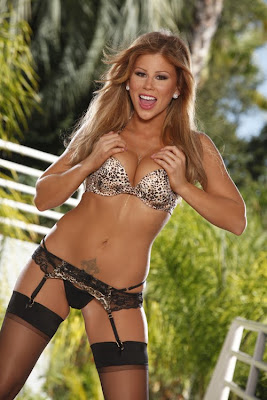 The One To Watch: BROOKLYN LEE Is Making Her Mark!

The consistently busy babe flew out "Down Under" just hours after coming back to L.A. from the Caribbean. While in the islands, Brooklyn had just wrapped up filming the newest Shane’s World movie with LA Direct Superstar Tori Black, Shane’s World 42 is being exclusively distributed by Adam & Eve and sure to be a best seller as it's their first release in nearly two years!

“Brooklyn is not only super sexy and an absolute pleasure to work with but she can also act, which nowadays it's hard to find a girl with that package,” said legendary adult superstar and producer of the Friday the 13th parody, Tabitha Stevens. “Brooklyn is that total package!”

Social Networking junkies should rejoice as Brooklyn micro-blogs frequently on her Twitter account. The ultra-sexy babe has take to interacting with her followers on the site, fielding question as well as giving a glimpse of her off-camera life. See what Brooklyn is up to by following her twitter, here: www.twitter.com/BrooklynLeeXXX

Brooklyn Lee is the girl to watch! Keep an eye on her as her star goes supernova in 2011!