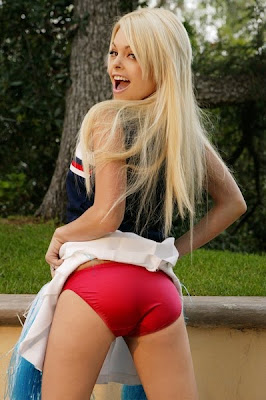 HEATS UP LAS VEGAS FOR 4TH OF JULY WEEKEND


Digital Playground’s Jesse Jane®, the most visible adult performer in the world, heats up sin-city with her own brand of fireworks. Jesse will be greeting fans at a store signing at Déjà Vu Love Boutique on July 3rd followed by a performance at Déjà Vu Showgirls Topless Gentlemen’s Club in Las Vegas. Then on July 4th, Jesse will dance the night away at Little Darlings Totally Nude.

"Vegas is my favorite place to party!" says Jesse. "I can't think of a better way to celebrate our independence than to get wild in sin-city."

Samantha Lewis, CEO of Digital Playground adds, "Jesse is a phenomenal dancer, I've seen her multiple times and I am continually impressed with her ability to command a room. She is more than a performer, she is a star."

Digital Playground launched Jesse Jane® into superstardom with global exposure on hundreds of magazine covers including: FHM, Maxim, Front, Strip Las Vegas and Arena. She has earned leading roles on HBO’s “Entourage” and in the feature Baywatch: The Movie, among others.

Jesse’s exuberant love of life and bubbling personality have made her a favorite and frequent radio guest on Howard Stern, Bubba the Love Sponge, and hundreds of Clear Channel stations nationwide. She has been syndicated weekly with football picks on The Adam Carolla Radio Show. Jesse’s skills as a personality host on VH1, Much Music and CTV, as well as character roles on shows like “Celebrity Uncensored,” “Celebrity Fit Club” and “Gene Simmons Family Jewels” have earned her worldwide recognition.

All of the exposure Jesse has received in various media outlets has contributed to her success but it was her leading roles in Digital Playground’s benchmark films, Pirates and Pirates II: Stagnetti's Revenge that made Jesse Jane® a household name.

Today you can enjoy Jesse Jane® online at www.JesseJane.com and be sure to look for her in Digital Playground's upcoming big-budget feature Body Heat.

About Digital Playground:
Digital Playground is the world leader in adult filmmaking and interactive formats boasting the largest HD library available, as well as sexy and powerful novelty lines to compliment blockbuster films. Since the Company’s inception in 1993, Digital Playground has earned over 300 awards, currently garners more than 80% of high definition sales within the adult market, and is a leading provider of Blu-ray™ titles. Female owned and operated, Digital Playground emphasizes quality first, employing fastidiously high production values in erotic film for women, men and couples. Digital Playground’s commitment to excellence, innovative technology, brilliant full-length productions and exclusive Contract Stars are the secrets to its success and makes Digital Playground the most highly demanded supplier of content for hotel, IPTV, cable, pay-per-view and mobile networks worldwide. For additional information, visit www.digitalplayground.com, www.myspace.com/digitalplayground, or www.twitter.com/dpxxx.