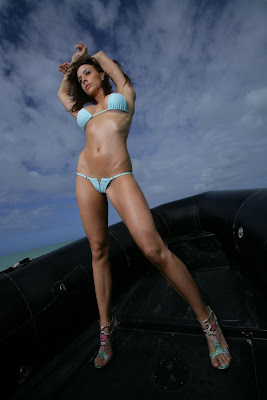 Chanel Preston is announced as one of the prestigious trophy girls for the July 10, 2010 FAME Award Show at Exxxotica Los Angeles. The F.A.M.E. Awards (Fans of Adult Media & Entertainment) made XXX history in 2006 as the first truly interactive adult award event ever decided by fans. With scenes filmed for the top studios in the industry and a non-stop blitz of adult and mainstream media attention, Chanel has already achieved a level of visibility most only dream of. Now fans will have their first opportunity to meet with Chanel as she signs autographs and poses for photos July 9-11 at Exxxotica’s Fantasy Island booth. Dan Davis, F.A.M.E. spokesman and Genesis' Editor-In-Chie says, “"Chanel is a beautiful star who we feel will have a great career in the industry, and we're honored to showcase her as one of our trophy girls during the F.A.M.E. Awards."


For more information about Chanel Preston’s appearance at the F.A.M.E. Awards, visit www.theFAMEAwards.com.


After only entering the adult industry in January 2010, Chanel Preston is thrilled to be presenting at one of the largest awards show in the adult industry. “I’m really honored to be a part of such an acclaimed event,” exclaims Chanel. “The F.A.M.E. Awards are special because of the way it brings performers and fans together. I can’t wait to be up there on stage in a tight, sexy dress in front of so many people. In fact, I’m going to go buy a new pair of heels now, so I can practice not tripping.”


Top industry personalities have praised Chanel from the start. Photographer Earl Miller says, “I have been photographing women for over thirty-six years. Chanel Preston is one of the most gifted models that I have had the privilege of working with.” A. Moreno of Mad Creativity states, “Once in awhile I come across a model that has the potential and talent to make an impact in the industry, and Chanel Preston is that model. I was impressed with both her professionalism and charm.” Evan Seinfeld of Rockstar Pornstar adds, “Every once in awhile, the adult industry produces a superstar. Chanel Preston is that caliber of girl.”


About the FAME Awards:

To make this groundbreaking event possible, industry leaders Adam & Eve (www.adameve.com), Genesis Magazine (www.genesisonline.com), WantedList (www.wantedlist.com), AVN (www.avn.com) and EXXXOTICA Expo have partnered together to bring the F.A.M.E. Awards to life. Fans can vote once for their favorite adult stars and movies in a variety of categories in two separate rounds - nominations and finals. The top eight names chosen in each category during the nomination round will advance to the final voting round where a winner in each category will be chosen and then announced live at the first annual F.A.M.E. Awards Show on July 10, 2010 at EXXXOTICA Los Angeles in the Convention Center. For more information, visit www.theFameAwards.com

Delicate beauty—the symbolic meaning of Hawaii’s hibiscus—is apropos when describing tanned goddess Chanel Preston. Chanel’s long, slender legs and large, full breasts attract lustful stares and obsession about the sweetness of her own flower. However, the similarities between Chanel and the delicate hibiscus stop there. Before wading through the waves on the beaches of Hawaii, the 24-year-old Chanel absorbed the strength and independence derived from a childhood in central Alaska. As a result, the exotic looking stunner has an impulsive, adventuresome personality befitting of a Sagittarius, which makes her a natural performer, eager to amaze. For more information, visit www.ChanelPreston.com, www.Myspace.com/505061222, or www.Twitter.com/ChanelPreston.