This Weekend, SPEED Co-Stars jessica drake And Alektra Blue Take Their Shows On The Road 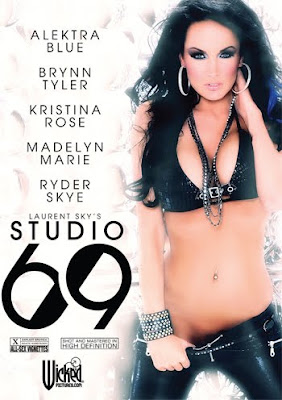 This Weekend, SPEED Co-Stars jessica drake And Alektra Blue Take Their Shows On The Road

Wicked Pictures' epic motorcycle thriller SPEED may still be in production, but two of the movie's co-stars, AVN Best Actress winner jessica drake and contract superstar Alektra Blue are already rocketing down the promotional trail. These lovely bombshells are hitting the pavement this weekend to bring fuel-injected thrills to some of the nation' finest gentlemen's clubs.

As part of an exciting cross-promotion, Alektra will be blasting down the Gulf Coast to entertain her fans June 24th -26th at two fine Tampa, Florida establishments - Platinum Showgirls at 4009 West Martin Luther King Boulevard, and the Penthouse Club, located at 1801 N. Westshore Boulevard.

Due to this unique arrangement, fans are encouraged to contact each club directly to confirm show times. Platinum Showgirls is online at www.platinumshowgirlstampa.com and the Penthouse Club's informative home on the web is www.thepenthouseclubtampa.com.

Multiple AVN Best Actress winner jessica drake will be returning to her Southwestern roots June 24th-26th, thanks to an exclusive engagement at the Red Parrot, 14401 Gateway Boulevard West in El Paso Texas.

Feel the need for SPEED? Then rev it on the red line and head out on the highway, because Alektra and jessica can't wait to see you. And once you've experienced Alektra's turbocharged sensuality in person, keep the hot memories alive by picking up her latest designer release, Studio 69. And keep a close watch for jessica's 3 Days In June, arriving in stores June 30th exclusively from Wicked Pictures

In the tradition of such explosive Hollywood releases as Torque and Biker Boyz, Brad Armstrong's SPEED is a non-stop thrill ride set in the exciting world of West Coast motorcycle clubs. This fuel-injected mega-production examines the sexy rivalries that exist between four different LA bike clubs, with each club headed by one of the Wicked Girls. In addition to showcasing jessica drake, Kaylani Lei, Kirsten Price and Alektra Blue in lead roles, the movie boasts a cast of more than 14 major characters, plus an additional 17 A-list players.