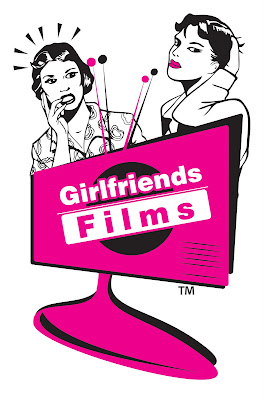 Lesbian movie studio Girlfriends Films is experiencing a superior level of sales, branding and visibility in 2010. Now with the recent naming of Moose as Director of Foreign Sales, it appears even better days are ahead. In addition to recent accomplishments like the sales success of the “Pin-Up Girls” series, a Hustler TV broadcast deal, “Women Seeking Women” receiving AVN and XRCO awards, and the download explosion of the “House Hunters 2” trailer, Girlfriends Films was announced as a Favorite Studio nominee for the 2010 F.A.M.E. Awards. “What a year it’s been, and it is only June,” says Moose. “What I am most proud of is the growth in our online community. A trip to the GirlfriendsFilms.com forum will show anyone just how unique and special our supporters are. It’s their voice which propelled us to a F.A.M.E. nomination.”

To vote for Girlfriends Films as Favorite Studio, visit www.thefameawards.com/vote_email.aspx

A key to Girlfriends Films’ recent prosperity is the implemented strategy to increase visibility to a more diverse audience. Girlfriends Films boasts an impressive consumer demographic, as the movies equally appeal to lesbian and bi women, as well as men in search of realistic lesbian sex and high production value. As consumer demand and praise for the movies grow, so to does media coverage. In support of the media’s interest in Girlfriends Films, the studio recently launched a fully operational press site complete with high-resolution box art, production stills and movie trailers.

The praise for Girlfriends Films runs rampant. In regards to the recent broadcast deal, Hustler president Michael H. Klein says, “Girlfriends Films brings a reputation for top quality and award-winning productions within niches that are very popular to our customer base.” PornNewz’ Jack Kingof calls Girlfriends Films “the best lesbian sex studio out there…known for the most realistic lesbian sex in the industry.” Lil McGill with AIPDaily.com says, “I love that Girlfriends Films takes time out to focus on cute storytelling in each of their films, but not at the expense of high quality, sensual lovemaking. Their scenes are amazingly sexy, and the women in their films experience real, genuine pleasure. Real orgasms from real ladies! It's like candy!”

About the FAME Awards:
To make this groundbreaking event possible, industry leaders Adam & Eve (www.adameve.com), Genesis Magazine (www.genesisonline.com), WantedList (www.wantedlist.com), AVN (www.avn.com) and EXXXOTICA Expo have partnered together to bring the F.A.M.E. Awards to life. Fans can vote once for their favorite adult stars and movies in a variety of categories in two separate rounds - nominations and finals. The top eight names chosen in each category during the nomination round will advance to the final voting round where a winner in each category will be chosen and then announced live at the first annual F.A.M.E. Awards Show on July 10, 2010 at EXXXOTICA Los Angeles in the Convention Center. For more information, visit http://www.blogger.com/www.theFameAwards.com